TALLAHASSEE, Fla. – The impact of so-called religious freedom laws on women and the LGBT community is the subject of a new report from the Movement Advancement Project.

The report found the federal 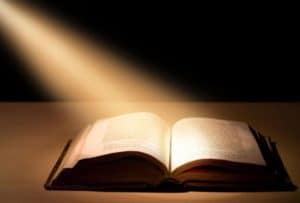 – and a similar state law in Florida – allow citizens and companies to exempt themselves from laws they feel require them to violate “sincerely-held religious beliefs,” unless the government can prove a compelling interest and there is no other “reasonable accommodation.”
Report author Ineke Mushovic, executive director of the Movement Advancement Project, says those laws end up legalizing discrimination. She says one example is the ability of companies to deny employees contraceptives, or refuse to serve gay customers.

“There is a concerted effort by far-right activists acting out of anti-gay animus and a desire to restrict women’s access to birth control,” she says. “They are launching a series of lawsuits that expand the impact of these laws.”

Mushovic says LGBT nondiscrimination laws would help, but Florida has no statewide law – so 44 percent of the state’s population lives in counties where LGBT residents can still be fired or turned away from housing or services.

Supporters of the religious exemption laws say they are necessary to protect people of faith.

Mushovic agrees that religious freedom is an important value, and points to a Florida case in which a prison was required to provide Jewish inmates with kosher meals. However, she wants to see the law modified.

“We would do a bit of a narrowing of the religious exemption legislation,” she says, “to outline that it can’t be used to harm other people or to discriminate against them.”

According to the report, 21 states across the U.S. have religious exemption laws, and three states allow state-licensed child welfare agencies to refuse to place children with LGBT couples.