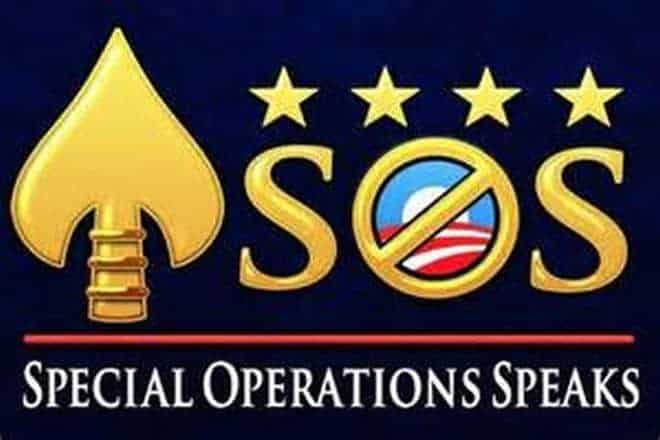 (Orlando, FL) – Acting in the wake of the Islamic terrorist attacks throughout Paris, Special Operations Speaks (SOS) and its 150,000 petition signers today renewed its call for Congress  to demand that the State Department freeze the Obama refugee relocation plan “until all vetting protocols are released and the number of ISIS fighters that have entered the United States is declassified.”
In a strongly worded statement, Colonel Richard F. (“Dick”) Brauer Jr. USAF, (Ret.) said the Obama plan to relocate 100,000 “refugees” from “hotbeds of radical Islamic extremism” throughout the Middle East, Africa, and Asia to the U.S. is “nothing short of national suicide.”

The horrifying terrorist attacks throughout Paris yesterday have created an undercurrent of alarm throughout the western bloc nations, and call into question President Barack Obama’s plan to relocate 100,000 “refugees” from hotbeds of radical Islamic extremism into the U.S.

In light of the attacks, the right-wing SOS says the plan, if implemented,  would be nothing short of national suicide.  Their left-wing counterparts, on the other hand, say the U.S. has a moral obligation to help out in the existing refugee crisis by shouldering a portion of the burden of harboring people running from the conflict.

The FBI has admitted to Congress that it cannot properly vet such a massive influx of people, who could potentially include “undocumented” members of ISIL and other terrorist groups.  It is no secret that the FBI has its hand full right now trying to monitor potential (Islamic) terrorists already on U.S. soil.

SOS has called for Congress to demand that the State Department freeze the refugee relocation plan until the protocols being used to vet incoming refugees are released and the number of ISIS fighters that may have already entered the United States is declassified.

What’s your takeaway on  this issue?