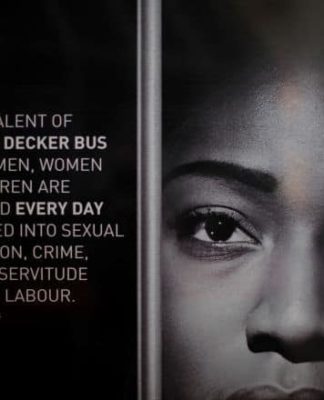 “Runaways” and “throwaways” are terms we use for defining young people who end up roaming and living on the streets.  The terms are pretty much self-explanatory, except that “runaways” are thought by most people to be young people who are acting out, ‘too big for their britches’, or ‘too grown’ for their own good.

While some do in fact run away from home to be free from the rules and discipline of their homes, many run away from physically abusive parents, or because of sexual abuse at the hands of a parent or other close relative.  A staggering 80 to 90% of runaways are victims of sexual abuse who felt trapped by their environment and compelled to leave home to escape the continuing abuse.

Throwaways are those who were forced out of the home by their parents. Some were kicked out for being consistently disrespectful to their caretakers; some for refusing to go to school. Some are declared unwelcome for being repeatedly involved in criminal behavior or because they become too much of a negative influence on younger siblings.  In a greater number of instances than family members admit, a number are forced out because they are themselves physically abusive to siblings or parents.

Whatever the reason, nearly 1.7 million runaway and throwaway children end up on the streets each year.  All of them become immediate targets of human traffickers.  Within 48 hours of leaving home or becoming homeless, 1 out of every 3 will be recruited or lured by a pimp into prostitution.  Those are very, very big numbers.

It’s often difficult, if not impossible, to determine on the surface if a young person is on the streets because of a clear choice that she’s made or if she’s a victim in the clutches of a physically abusive pimp. No matter how she got there (only about 20 percent of trafficked human beings are male) if a young woman has been on the streets any length of time, odds are she’s someone’s sex slave.

According to the study published by Alexis A. Aronowitz (Human Trafficking, Human Misery: The Global Trade in Human Beings, 2009), there are more human slaves in the world today than ever before in history.

In the United States, the average age of a child who ends up forced into pornography and prostitution in is 12. Twelve. It’s even worse in Florida, where the average age is 10-11, with the youngest victim found here being only 8 years old.

Imagine: within a year or two after being enslaved, the pimp’s psychological hold on a child is almost absolute. He’s fed her, bought her clothing and other gifts, treated her with affection and made her feel as though she’s loved. As soon as she begins to trust him and to emotionally depend on him, he turns. And then it’s her turn to be good to him.

She dares not refuse to have sex with other men.  She will be beaten or drugged, or both.  He knows everything about her, and threatens to kill anyone she cares about should she try to escape or involve the police. She knows he’s capable of extreme violence because she’s experienced it first-hand.

If you’re thinking that as tragic as prostitution may be, it could never happen to your child, know this: runaways and throwaways are not the only victims of this modern-day form of slavery. As the Liam Neeson “Taken” movies have painfully, if entertainingly, made clear, human trafficking can find its way to anyone’s door at virtually any time. It is, after all, the fastest growing and second most lucrative criminal enterprise in the world. (Only illegal drugs rank higher.) One study, out of Europe, estimates that a girl sold for $10,000 can be forced to earn that much in a week and that one sex slave can earn her captive as much as $250,000 per year.

Recognizing the magnitude of the problem in our country, Congress passed The Trafficking Victims Protection Act (TVPA) in the year 2000. It defines any minor under the age of 18 who is involved in commercial sex as a victim of human trafficking. Since a minor cannot consent to have sex with an adult (any guilty adult can be charged with statutory rape), it makes perfect sense that paying a minor to have sex with an adult should likewise result in a charge. Not only to the john but to the “keepers” of the minor, as well.

The TVPA expired in 2013, but the resulting uproar led to its being reauthorized the following year for four years, until 2017.  Reauthorization brought a great deal of media attention back to the subject of human trafficking in 2014, and both governmental and nonprofit organizations involved in stopping this despicable trade celebrated loudly.

Locally, there were events and gatherings all around Central Florida, with press conferences by the Department of Law Enforcement and the Orange County Sheriff, a human trafficking awareness event at Lake Eola and seminars at the University of Central Florida.

Florida, after all, is the third largest hotspot for human trafficking in the United States.  Only New York and California experience greater levels.

In 2011, the National Human Trafficking Resource Center ranked Florida 3rd in the number of calls received by the center’s human trafficking hotline. Most of those calls came from here in Orange County, Sheriff Demings told the Orlando Sentinel in a June 2013 story.

The biggest issue in Central Florida is forced prostitution, so perhaps our collective first thought should be: “she’s in trouble.” In Orlando, Orange Blossom Trail near the Parramore-Callahan-Holden Park neighborhoods was for years widely referred to as “the stroll” by area residents because of the prevalence of prostitutes who strolled the streets.

Inevitably, however, International Drive has seen an increase in prostitution and related crime.  The huge supply of tourists with substantial dollars to spend makes the I-Drive area attractive to human traffickers, who drag their victims out to have sex with out-of-town johns unconcerned with their ages or whether the women and minor girls (only 20% are boys) are willing participants or not.

While Sheriff Demings and Florida Attorney General Pam Bondi have each embraced a zero tolerance policy for human trafficking, policies, unfortunately, are not enough. An effective collaboration with the public is required.

At the UCF event last year, a young trafficking survivor from a middle income family told of being lured away to a “job interview,” where her trafficker abducted her then immediately forced her into prostitution.  He “nearly beat her to death” to make her compliant then forced her to “dance” at clubs and private parties around the state for a year.  She actually drove herself to many of her appointments– a fact many of us might find difficult to understand. But she never tried to escape or involve the police because the trafficker had threatened her daughter’s life.

“Freedom of movement,” she later said in explanation, “did not mean freedom of choice.”

None of the people she interacted with knew she was someone’s slave. In the midst of a crowd of people, she believed she had no help.

For people who may be willing to help, awareness is the key.

A young woman living an otherwise ordinary life was kidnapped by a man pretending to be a member of the U.S. military– a man she thought she was dating. He took her on a date and abducted her.  He forced her into an abandoned house where he tied her up and repeatedly raped her as part of her “initiation” to prostitution.

After days of being held hostage she managed to escape and ran to a nearby suburban mall. Her kidnapper chased her there.  She later recounted that when the trafficker, dressed in his nice military uniform, caught up with his dirty, smelly slave,  the people around actually clapped as he dragged her out of the mall.  Not one of them dialed 911.  Awareness is the key.

Although she later escaped again, if only one of the people who watched her being dragged away had instead called the police, or asked if she needed help, her ordeal may very well have ended that day in the mall.

These girls and young women are daughters and sisters; nieces and cousins. Even when they are seemingly uncooperative, it is incumbent upon society to be mindful of how they have come to be so mentally reconditioned. Many don’t even seem themselves as victims.

In the black community, human trafficking barely registers on the issue radar screen. Instead, issues like reducing violence in black communities, education, mass incarceration, and employment get most of the attention.

The African American Lectionary Project conducted a survey of 10,000 African American clergy of all denominations in 2006 and found at that time that the top three concerns facing the black community were: strengthening men and boys; strengthening families; and unemployment, poverty, and economic empowerment.

In a 2013 follow-up survey, the top three issues of importance to African Americans– as understood by those same ministers– were: unemployment and poverty (especially poverty among children), strengthening education for grades pre-k through 12, and strengthening families.  Stopping the enslavement and sale of human beings is surprisingly absent from the African-American agenda– perhaps because it is not understood in its true light.  So, listen up.

According to the U.S. Department of Justice, Office for Victims of Crime, 40 percent of human trafficking victims are black. This figure is alarming– because it’s nearly four times higher than the percentage of African-Americans in the total population, which according to the Census is roughly 13 percent.

FBI statistics on the arrests of persons under the age of 18 are even more revealing.  Black children make up a whopping 55 % of all prostitution-related arrests in the U.S.  Make no mistake about it, human trafficking is devastating to its victims and their families no matter what their color or ethnic background.  But this statistic is a call to action to the African-American community.  It is inconceivable that black leaders could still believe that prostitution is a consciously chosen profession among black females to such an extent.

Until black ministers begin to recognize the problem and commit to raising awareness among their respective congregations, the devastation will continue. For the word among traffickers is that “having white slaves might pay better, but having black slaves will mean less jail time if you get caught.”

Human trafficking is right now impacting the black community in far greater proportion than any other ongoing event– the shootings of unarmed black men around the country included. The village must rise up and rally around its children. We need a comprehensive study of race and sex trafficking that conclusively explains why this disparity exists. Ten thousand black preachers from around the country could certainly help raise this flag.

One of the biggest challenges faced by the task force, however, is the lack of safe (and secured) housing for rescued trafficking victims. Without it, victims have to be sheltered in juvenile detention facilities. Going back home is often not a viable option. Remember, the trafficker knows everything about his victim and returning home is merely an invitation to be taken again.

The other obvious and glaring weakness in the effort is the relative absence of the group so disproportionately impacted.  Ramping up awareness of the problem and focusing attention on the fact that these children and young women are victims of a horrific crime are absolutely essential first steps.

Be on the lookout for trafficking victims.  Stop judging every book by its cover.  Get involved– pick up your phone if you spot anything that looks suspicious.  Maybe it’s just two consenting adults, but probably not.  You might just be saving a sex slave from a life of brutality and horror– even if she’s been conditioned not to see it.

Like Harriet Tubman did in years long past, we free our children one slave at a time.

Three Weeks of Confusion and Chaos from Trump, White House

Mightier Than The Sword