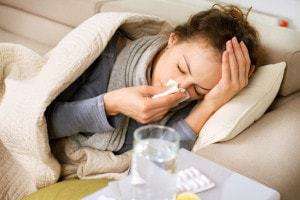 - Advertisement -
With winter well on its way and influenza season in full swing, it’s time for people to start thinking about their annual flu shots. According to the Centers for Disease Control and Prevention, all individuals over the age of six months should get a flu shot each year.

Yet due to a lack of proper education, many have difficulty understanding exactly what the flu shot’s purpose is, what it prevents, and what it does not prevent.

In his latest advice column for dispatch.com, Dr. Keith Roach from Orlando, FL, discusses the discrepancies many people have in their beliefs regarding influenza. Many confuse influenza with the “stomach flu” or gastroenteritis, a gastrointestinal stomach infection.

After experiencing gastroenteritis symptoms, many believe that they have already gotten the flu and no longer need a flu shot. The inquirer writes, “They insisted that they had the flu, and they’d always learned that the stomach flu is influenza and the flu shot is meant to prevent it. Since then I’ve spoken to two others who believe the same thing. This seems to be a relatively prevalent belief.”

In his answer, Dr. Roach does not dispute that this is a common misconception. According to Dr. Roach, influenza occurs two days after initial exposure. Onset symptoms include sudden fever, headache, fatigue, and body and muscle aches.

In addition to these initial symptoms, an individual stricken with influenza may experience sore throat, cough, and nasal discharge.

Conversely, Dr. Roach explains that gastrointestinal symptoms are not entirely common with influenza, and if an individual is experiencing symptoms such as nausea, diarrhea, cramps, and vomiting, it is likely due to gastroenteritis, not influenza.

“In late fall through early spring, some diarrheal illnesses (mostly viral) are common, but you are correct that these are NOT influenza,” Dr. Roach explains.

He goes on from there to express the importance of getting an annual flu shot. He writes, “…the flu shot is effective at reducing the most serious cases of flu, such as influenza pneumonia, which can be life-threatening or fatal.”

Black Owned Media in Florida Must Organize and Work Together