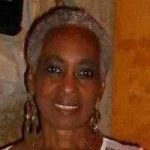 Dear Sandy B: I have been teaching for almost twenty years and I don’t think that a day has gone by during that time that I have not spoken to one or more of my students about calling one another stupid. They have heard me time and again explain that it is not a nice word, and nobody likes to be called stupid. I can tell you that Donald Trumps’ use of the word STUPID, has made it almost impossible for me to admonish my students about their use of the word. Now I get back on a daily basis that Mr. Trump calls everybody stupid, even the president. Why can’t we?

My explanations to my students about the use of the word are starting to sound foolish to even me, when a presidential candidate uses it almost daily referring to almost anybody and anything. Do you have any suggestions on how I should handle the word stupid when my students use it?

Dear Priscilla: I know you never thought the day would come when you would have trouble explaining to your students that calling each other stupid was a bad thing. To add to it, your hands must be tied about getting political in your classroom. I would still hang on to pushing the word “stupid” as negative. Let them know that adults sometimes ain’t cool and say a lot of dumb stuff that ain’t nice. Please don’t stop being you because of this Trump Clown. Our kids have some heavy duty stuff on their plates these days. They still do hear what their teachers are sayin’, even though some don’t act like it sometimes. Hang in there. Our kids need you.

Dear Sandy B: Recently in one of your articles you stated that when your boss starts picking at you for petty stuff that you should begin to start looking for another job because it most likely won’t stop. I have been in that situation and I stayed and in the long run I won out.
Orlando Ethel

Dear Ethel: Thanks for calling me out. What I should have said, if you decide to stay and deal with this, mess, be prepared to “CYA” every day. That kind of situation can keep you stressed out daily, and have all kinds of negative effects on your daily life. I’ve watched a lot of people “win the fight, but they didn’t win the war”. Each person has to decide if a certain gig is worth all of that. If you got skills, and can go elsewhere, I always suggest that you do. I know that there are times and situations that prevent us from jumping ship. I just mean that you gotta have a plan before you decide to jump ship without a life jacket.

Sandy B can be contacted at: rappinsandyb@gmail.com