How Your Brain Might Sabotage Your Weight Loss Resolutions 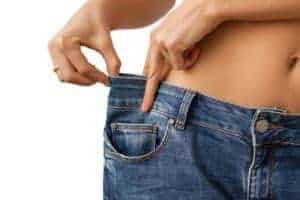 - Advertisement -
What’s your New Year’s resolution? If you’re like the tens of millions of Americans that vow to shed their winter weight and then some, statistics show that the chance you’ll keep the pounds off is relatively slim.

Only 8% of individuals who make New Year’s resolutions keep them. And when it comes to weight loss, even if they are successful, it’s likely they will gain the weight back.

According to recent studies, two out of three people who lose 50% of their total body weight will ultimately gain it back. And the more a person loses, the more likely they are to gain it back.

But this information isn’t necessarily surprising to researcher Diane Robinson, a neuropsychologist and program director of integrative medicine at Orlando Health.

While diet and exercise are, of course, essential components of weight loss, she feels that individuals who solely focus on these two attributes are missing a vital piece to the weight loss puzzle.

“Most people focus almost entirely on the physical aspects of weight loss, like diet and exercise. But there is an emotional component to food that the vast majority of people simply overlook and it can quickly sabotage their efforts,” said Robinson.

In a recent survey conducted by Orlando Health, researchers found that 31% of Americans believe that lack of exercise is the biggest thing in the way of losing weight, with 26% saying it’s what they eat, and 17% saying that the cost of a healthy lifestyle is too high.

Only one in ten of the individuals thought psychological well-being was an obstacle to their weight loss. However, Robinson thinks that this might be why so many people have difficulty keeping the weight off.

“In order to lose weight and keep it off long term, we need to do more than just think about what we eat. We also need to understand why we’re eating,” said Robinson.

The emotional attachment humans have to food begins at a very early age. From the smell of grandma’s cookies to the taste of turkey on Thanksgiving, food is associated with comfort, celebration, and reward.

These connections are strong, and if we aren’t aware of them, Robinson reasons, then it could get in the way of weight loss.

“We feel good whenever that process is activated,” Robinson said. “But when we start to put food into that equation and it becomes our reward, it can have negative consequences.”

In recent studies, researches have discovered a correlation between emotional issues and higher body weight. For many, this is as simple as downing a pint of Ben and Jerry’s after a stressful day at work. In fact, it’s no wonder than 90% of all households enjoy ice cream on a regular basis.

But while emotional eating is gratifying in the moment, it can seriously pack on the pounds while ultimately failing to address the root of the issue.

Instead, Robinson recommends dealing with emotional aspects of weight loss before or in tandem with other tactics.

“How about joining a support group or hiring a psychologist?” she said. “If getting your body in shape hasn’t worked out yet, maybe this time start with your mind.”