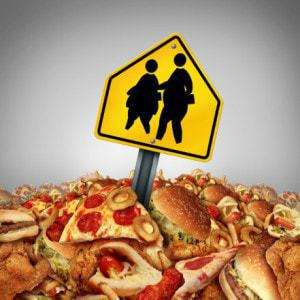 - Advertisement -
Could the current obesity epidemic be about more than just discrepancies between low- and middle-class neighborhoods? A new study published by Salud America! found that Latino families, in particular, tend to live in neighborhoods where there is limited access to supermarkets, farmers markets, and local grocery stores which would be able to provide affordable healthy foods.

If this is the case, as the study states, it would explain why an estimated 40% of young American Latinos (ages two to 19) are overweight or obese. It’s not that their families are intentionally choosing unhealthy foods; it’s that they just don’t have the same access to healthy foods as non-Hispanic and non-Latino neighborhoods do.

As NBC News and Latin One reported, this lack of access to healthy food is compounded by “junk food” advertisements which are purposely geared toward young kids, especially Latino kids. Of all the ads that target Spanish-speaking Latino children and teens, 82% endorse unhealthy foods; for comparison, this percentage is only 72.5% for ads that are targeted to English-speaking youth.

Another factor of childhood obesity, The Huffington Post recently reported, is the issue of sleep.

“We all know as adults what it takes to lose weight and as parents how to prevent our children from packing on unhealthy pounds in the first place: diet and exercise,” Huff Post writes. “But what if there was a third approach we have been largely ignoring, which could contribute substantially to our ability to achieve and maintain a healthy weight?”

The U.S. Centers for Disease Control and Prevention recommend that adults gets anywhere between seven and nine hours of sleep per night, but children should be getting closer to 10 hours of sleep per night. While “long sleepers” (those who sleep more than the recommended amount) are just as at-risk for developing medical problems, there is still an undeniable connection between getting a healthy amount of sleep and being able to maintain a healthy weight.

For parents, it’s not always easy to make sure that kids are eating right and sleeping enough — but when one of those factors isn’t even accessible to some families and some neighborhoods, it’s even harder to set a positive example for kids.

Both factors must be considered when trying to help kids develop and maintain healthy lifestyles. In the case of young Latinos, maybe we need to give them a little extra TLC to make sure that there are positive changes in the future.