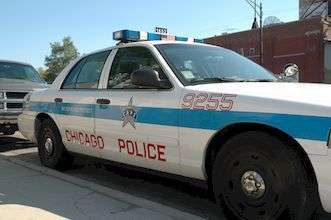 “Because a body of men, holding themselves accountable to nobody, ought not to be trusted by anybody.” – Thomas Paine, Rights of Man (Part One), 1791 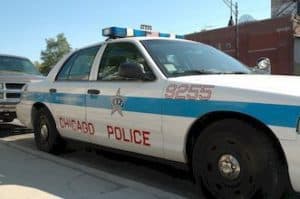 A day after the city of Chicago released the dash-cam video showing the cold-blooded murder of 17-year-old Laquan McDonald at the hands of a Chicago Police Department officer, the Chicago Urban League, supported by the National Urban League, formally requested that the Department of Justice initiate a “pattern and practice” investigation into the CPD.

Based upon the disturbingly stark difference between official police accounts of the October 2014 shooting of the Black teen and what is seen on the video, our nation’s second largest police department is now under a wide-ranging federal investigation that will examine whether the department engages in a pattern or practice of violations of the Constitution or federal law while policing.

In other words, the police lied.

This long sought-after probe will investigate the CPD’s use of force (including deadly force), racial and other disparities in its use of force, and scrutinize the department’s ability to handle allegations of misconduct and effectively discipline rogue officers. The video of Laquan being shot repeatedly as he walked away from the police officer, and the conspiracy to conceal the truth of what happened that night with a concocted account that painted the teenage victim as an aggressor, speaks to a long-standing grievance, particularly among the city’s African-American communities, that too many police officers believe they are above the communities and laws they are sworn to protect and serve.

Officer Jason Van Dyke, who shot 16 bullets into Laquan—many of them while he was already lying on the ground—had 18 citizen complaints filed against him, but he had never been disciplined. According to the New York Times, from 2011 to 2015, in 97 percent of citizen complaints filed, not one officer was punished. Laquan’s unnecessary and tragic death has pushed aside the dark veil of police department unaccountability. The investigation must usher in an era where the beams of transparency brings sweeping changes and reforms to the CPD.

Enough is enough. Lies and coverups can neither appear to be nor be the norm in any of our nation’s police departments. No one is served when the police and citizens look at each other with distrust, fear and hostility. To effectively fight crime, citizens and police officers must be partners in that effort, and that can’t happen if suspicion and anger stand in between that vital, life-saving partnership.

We need to not only understand how the police handled this specific case of a 17-year-old boy shot dead by a police officer, but we also need to know if this points to a pattern of systemic abuse and lies. “The mixed-message of purported concern yet muted response – or even denial – we’ve seen from CPD’s top management highlights the lack of transparency and due process when it comes to officer-involved shootings. It is imperative that the Department of Justice step in and correct this conduct before there is any more loss of life,” said Shari Runner, interim president and CEO of the Chicago Urban League.

This week, the Chicago Urban League is sponsoring “Truth and Justice for All: Advancing Police and Community Accountability,” a community forum that will begin the conversation about strategies to heal the rift caused by decades of mistrust between the police and the city’s residents.  Leading voices on social justice and legal issues will examine the need for improved policing practices and discuss how the CPD can be reformed. If fair policing and justice for all—not some—matters to you, add your ideas and your voice to this vital conversation. As long as organizations, community groups and the citizens of Chicago (and beyond) continue to demand that police departments respect and protect the civil rights of everyone it protects and serves, the days of unchallenged lies and shameful coverups in the CPD—or otherwise—are numbered.