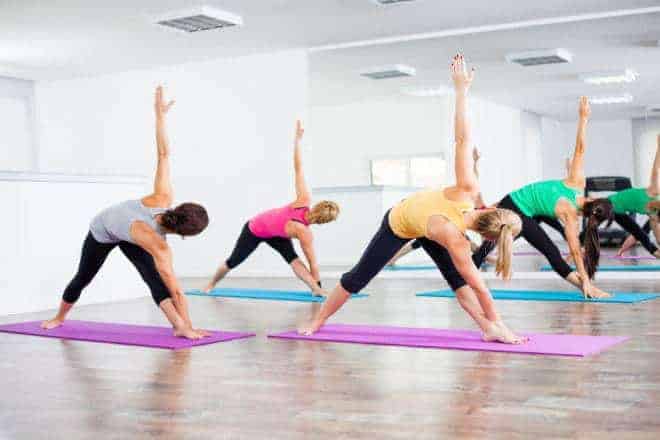 Many people tend to feel insecure while working out, but one plus-size model is helping others conquer these fears with a new style of yoga that is sweeping the nation.

According to Yahoo!, Emily Nolan was inspired to do yoga topless after years in the modeling industry left her devoid of confidence and scrambling for a positive self-identity.

“I got a group of my friends [who are all involved in the wellness industry] together and we went to the beach and did a yoga class and body meditation in sports bras.”

Nolan videotaped the yoga session and posted it to her popular blog, “My Kind of Life.” After the video was shared by thousands of women, the former model decided to turn her idea into a non-profit organization called Topless.

Now, Nolan travels around the country teaching hour-long vinyasa flow yoga classes in which women are encouraged to remove their shirts when they feel comfortable enough to do so. Eventually, every woman in the class is practicing yoga in just their sports bra.

Yoga is widely practiced by both genders, and of those who participate in the exercise, approximately 72.2% are female and 27.8% are male. While Nolan originally opened her classes to men and women, she decided to limit it to women because they feel safer in an environment of their peers.

The idea for Topless is progressive, but according to the Observer, one exercise studio in Los Angeles has taken Nolan’s idea to a whole new level.

Astroetic Studios recently began offering co-ed “Free the Nipple” yoga classes in which participants of both sexes are completely topless — no sports bras allowed “optionally.”  Danielle Dorsey, co-founder of the program, was also inspired to create an alternative yoga class because of insecurities she has dealt with in the past.

“I wanted to create a class that allowed people the freedom to be topless, but that also promoted gender equality and body positivity,” said Dorsey.  “No one is forced to be topless if they are uncomfortable.  Tops are optional, bottoms are required!”

As for Emily Nolan, she believes that the sky is the limit for Topless. The women who participate in her yoga classes tend to leave feeling empowered, which is all Nolan ever wanted.

“Close your eyes and picture a room full of women in all different sizes, sitting in a circle staring at each other and allowing ourselves to just be in our bodies, often for the first time,” Nolan said. “It’s so powerful.”