US Black Chamber Expands its Reach, Influence, and Voice in 2015 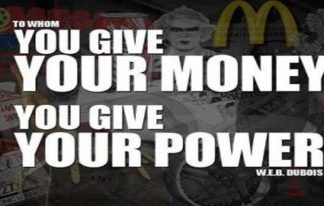 United States Black Chamber (USBC) CEO Ron Busby has been working the last five years to expand his organization to be the national voice for Black business owners. “In order for there to be a strong Black America, you must have strong businesses. There’s a trillion dollars of spending power in our community and we want to make sure that dollar stays within our community. In our community, our dollar leaves within six hours,” says CEO Busby.

Blacks in America do not understand that our spending power is greater than many small countries in the world, and there are over 2 million small Black businesses in the US. The majority of these businesses are small mom and pop businesses, but if we practice group economics they have the potential to grow.

The US Black Chambers is built around Five Pillars of Service, which are Advocacy, Access to Capital, Contracting, Entrepreneur Training, and Chamber Development. Through the creation of resources and initiatives, 2015 was a busy year for USBC as an association of more than 100 self-sustaining viable Black Chambers nationwide, and serving close to 250,000 small businesses.

In January 2015, USBC CEDC became one of the newest additions to US Department of Transportation’s national network of 13 supportive service centers. USBC Community Economic Development Corporation received a grant award from the US Department to serve as a center to help support small businesses in the transportation industry. In February, USBC kicked off an information tour to work with local chambers and key partners such as Google, Wells Fargo, IBM, American Express and others.

In April, USBC initiated The Black Male Entrepreneurship Institute, which is a pilot business training program for 20 young Black men. In July, USBC hosted their 5th Annual School of Chamber Business Management, which brought together chamber leaders and business owners from around the country. Throughout the year the USBC increased its Chamber membership, and the USBC has expanded its staff and office space in Washington DC.

2015 was a banner year for USBC, and there is a need for the Black media to do a better job in 2016 in sharing more information about their events and initiatives. Every Black organization needs more support from wealthy Blacks, and Black businesses that are in a position to support associations such as USBC.

Here are five Black businesses that are doing over $500 million in revenue that prove the power and potential of African American business visionaries. World Wide Technology, which was founded by David Steward a global IT company in Maryland Heights, Missouri, and brings in $7 billion yearly. Act-1 Group founded by Janice Bryan -Howroyd in Torrance California, which is a global staffing company bringing in $2 billion each year. The Anderson-Dubose Company founded by Warren Anderson in Lordstown, Ohio generates $640 million, in logistics.

The final two are Global Alliance Automotive founded by William Pickard based in Detroit, and does $520 million each year. Finally there is Thompson Hospitality founded by Warren Thompson in Reston Virginia, and does $500 million a year.

Ron Busby is a visionary, who believes that Black people can be successful in business and he wakes up each morning to bring that thought to fruition. If five Black businesses can generate over $500 million in sales, there is no reason one hundred Black businesses can’t do the same.

Thank you Ron and USBC for helping Black people believe in themselves.