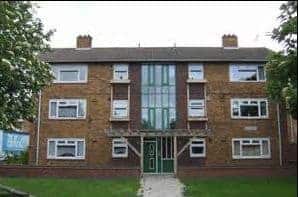 Housing authorities will use funding to modernize housing for families, seniors

The grants announced today are provided through HUD’s Capital Fund Program, which offers annual funding to approximately 3,100 public housing authorities across the country to build, repair, renovate and/or modernize the public housing in their communities.  These housing authorities use the funding to complete large-scale improvements such as replacing roofs or making energy-efficient upgrades to replace old plumbing and electrical systems.

To help provide residents with decent, safe and sanitary housing and respond to the growing demand for affordable rental housing, the Obama Administration proposed the Rental Assistance Demonstration (RAD), a comprehensive strategy that complements the Capital Fund Program and offers a long-term solution to preserve and enhance the country’s affordable housing stock, including leveraging public and private funding to make critically needed improvements.

“HUD has a responsibility to provide public housing residents with a quality and safe roof over their heads,” said HUD Secretary Julián Castro.  “This funding, in addition to assistance from the private sector through HUD’s Rental Assistance Demonstration Program, will help housing authorities address longstanding capital improvements and preserve and enhance America’s affordable housing.”

“This funding is critically important to public housing agencies as they address their backlog of capital needs,” said HUD Southeast Regional Administrator Ed Jennings, Jr. “It is a pivotal tool to help them provide the best housing possible for their residents.”

For more than 75 years, the federal government has been investing billions of dollars in developing and maintaining public housing – including providing critical support through the Capital Fund grants announced today.  Nonetheless, there has been a net loss of over 135,000 public housing units since fiscal year 2000, representing an average loss of approximately 9,000 units annually.

In 2011, HUD released Capital Needs in the Public Housing Program, a third-party independent study that estimated the capital needs in the public housing stock in the U.S.  The study found the nation’s 1.1 million public housing units are facing an estimated $25.6 billion in large-scale repairs.  Unlike routine maintenance, capital needs are extensive improvements required to make the housing decent and economically sustainable, such as replacing roofs or updating plumbing and electrical systems to increase energy efficiency.

Since Congress authorized the RAD demonstration in November of 2011, early results show it is generating significant additional capital for public and assisted housing.  HUD has made awards to 60,000 public and assisted housing units in more than 340 different projects across the country.  Through these awards, housing authorities have proposed to generate approximately $3 billion in capital repairs by leveraging private debt and equity, which will preserve or replace distressed units and support local jobs in their communities – all without additional federal resources.