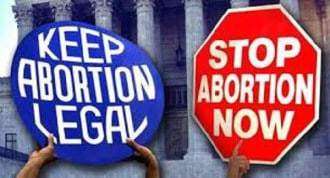 WASHINGTON, DC — New polling[1] released today found a strong majority of Latino/a voters want to keep abortion accessible and affordable, mirroring recent findings about attitudes nationally across racial and ethnic groups. Latino/as also oppose the nationwide trend of new laws at the state level that make it harder for a woman to access abortion care and harder for doctors to provide that care.

“It’s time to put an end to myths about our community’s views on abortion. The reality is, Latino/a views on abortion are supportive, compassionate, and largely mirror the views of the nation as a whole,” said Jessica González-Rojas, executive director for the National Latina Institute for Reproductive Health. “On the eve of a Supreme Court case that will determine the future of abortion access in the United States, this data settles any question about which side Latino/a voters are on.”

“This study reaffirms the shortcomings of other polling on Latino/a opinion on abortion, which fails to recognize that Latino/a voters are in fact quite supportive of ensuring that abortion is available, and are compassionate toward those who need care,” said Tresa Undem, partner with PerryUndem Research/Communication, the nonpartisan research firm who conducted the survey.

The poll release comes days before the Supreme Court will hear oral arguments in Whole Woman’s Health v. Hellerstedt, to determine whether Texas’ clinic shutdown law will be struck down. Earlier this year, national and state Latino/a leaders joined in an amicus brief in support of the plaintiffs in the case, discussing how restrictions on abortion harm Latinas. The poll also comes on the heels of the release of the National Hispanic Leadership Agenda 2016 Hispanic Public Policy Agenda, in which the nation’s preeminent Latino/a civil rights leaders call for the repeal of the Hyde Amendment and declare support for “proactive legislation that aims to ensure reproductive health by working to remove barriers to abortion access.”

“Like much of the country, Latino/as are just waking up to the disturbing trend of state politicians passing new laws to make abortion hard to get, and when they learn the facts they oppose this trend. Clearly Latino/a voters care where our nation’s leaders stand on these issues,” González-Rojas concluded.

Support for insurance coverage of abortion

Compassionate views toward those who have abortions

The poll memo and top lines, Spanish and English questionnaires, and methodology can be found at this link.