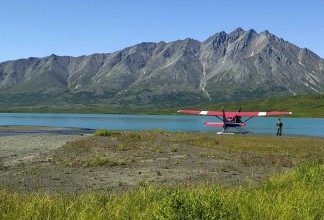 Anytime you choose to take your feet off the ground and fly in an airplane, there’s plenty of risks involved, including, of course, death. Unfortunately, for one couple believed to be from Texas, that nightmare became a tragic reality.

According to the Miami Herald, law enforcement officials reported a plane had crashed during late Thursday evening just off the coast of the city of Destin on the Florida Panhandle. The U.S. Coast Guard reported the crash happened at about 8 p.m. and involved a single-engine airplane crash landing in the water about half a mile off Henderson Beach.

According to the Okaloosa County Sheriff’s Office, the bodies of a man and woman, whom authorities kept anonymous at the time of this writing, were eventually found by search crews late Thursday night in the plane’s wreckage and reported early Friday morning.

The Okaloosa County Sheriff’s Office also said in a press release on the matter that they were tipped off by a man who had reportedly seen the small plane crash into the water as he was going for a run on Henderson Beach. He immediately called 911.

Authorities believe that the man and woman found were the only passengers aboard the plane, which was a Piper Archer aircraft registered in the state of Texas. The Federal Aviation Administration is conducting an investigation into the cause of the crash.

It’s unclear if the plane was a private charter or personal aircraft, both of which have the ability to fly in and out of more than 5,000 public-use airports in the United States. That’s over 100 times the amount of locations a commercial airliner can fly in and out from. This particular small plane was scheduled to land at the Destin airport. Tragically, it met its demise just miles from its destination.

Authorities are waiting to release the victims names and hometowns.

New Justice Must Bring Indepedence to the Supreme Court