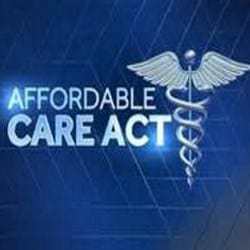 “Today, after almost a century of trying; today, after over a year of debate; today, after all the votes have been tallied –- health insurance reform becomes law in the United States of America.  Today. It is fitting that Congress passed this historic legislation this week.  For as we mark the turning of spring, we also mark a new season in America.  In a few moments, when I sign this bill, all of the overheated rhetoric over reform will finally confront the reality of reform.” – President Barack Obama, President Remarks at Signing of Health Insurance Reform Bill, March 2010

On March 23, 2010, President Barack Obama signed the Affordable Health Care Act into law in the East Room of the White House.

Six years later, 20 million people who could not afford health insurance or were deprived of life-saving coverage because of a pre-existing condition, now have health insurance coverage. Today, our nation is actively narrowing the gap on adverse racial health care disparities. Today, under the law simultaneously loved and reviled as “Obamacare,” most insurance plans fully cover preventative health care services; young adults, who might have otherwise been uninsured, get to stay on their parents’ health insurance plans until age 26; and women are no longer forced to pay more for health insurance because of their gender.
And that is why this week; I will add my voice to the legion of American voices congratulating the current administration on its signature health care law as well as those calling for the necessary reforms to fix the law’s shortcomings and ensure that this generation and future generations of Americans experience health care as a right, not an exclusive and elusive privilege.
From sea to shining sea, health insurance coverage gains have been shared broadly among American communities. African Americans have the highest mortality rate of any racial and ethnic group for cancer and Latino communities also suffer from disproportionate rates of illness, like cervical cancer, according to the Department of Health and Human Services. Since the law’s hard-fought inception, the number of uninsureds among African Americans—and whites—has dropped by over 50 percent. The Hispanic rate of uninsured has decreased by a quarter, with almost four million Hispanic adults gaining coverage under the law. Over two million young adults, who were particularly likely to be uninsured after losing coverage under their parent’s health insurance, are now guaranteed insurance under their parent’s health plans until they are 26 years old.
Despite all of these gains, Republicans have continued to label the Affordable Care Act a disaster. How can 20 more million Americans with access to life-saving health care ever be described as a disaster? Yet, the Republicans have been engaged in a five-year long effort to repeal the Affordable Care Act. The GOP has busied itself taking over 50 votes to roll back the law and put the health of millions of Americans at risk, but has never leveled with the American people about a GOP alternative to the Affordable Care Act. Rather than take a position of slash and burn, we need to save what works and better what doesn’t.
The Affordable Care Act is not the first large-scale government program to face its share of challenges or wide-spread criticism. Obamacare shares company with the Social Security Act, which was described by a critic as a “fraud on the working man,” and Medicare was widely seen as a threat to American freedom. Despite the heated rhetoric, both programs are still here serving the needs of Americans.
The Affordable Care Act is in its sixth year of infancy—and while the program is no where near perfect—it is saving lives and putting an end to insurance practices that unfairly deny Americans insurance coverage. Obamacare has a long, bumpy road of reforms to travel, but in year six, it has also come a long way in providing better health choices for the American people.
© Newspaper WordPress Theme by TagDiv
Posting....