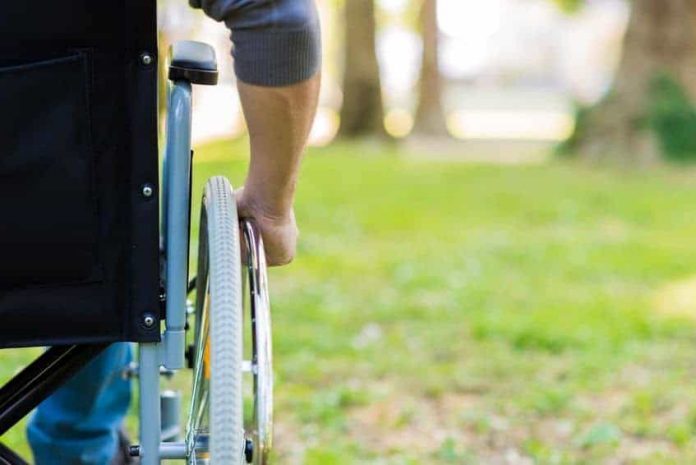 Most people think that college students spend the majority of their time napping or partying. However, a group of students from the University of Central Florida recently busted this myth by inventing a modern wheelchair that most experienced engineers can only dream of making.

According to local Indiana news affiliate WNDU, a group of UCF students opted to skip their final exam in mechanical engineering after their professor agreed to give them a passing grade if they could invent a new type of easy-to-use wheelchair.

The savvy students ended up creating something that could change millions of lives around the world. Their wheelchair operates through facial expressions, such as a wink or a smile, allowing quadriplegics to seamlessly maneuver their chairs without assistance.

“Since we’re all students at first, it’s a little scary because we see this device that we made being used by somebody,” said Joey Teblum, one of the co-inventors of the wheelchair. “But then when we see it works perfectly, pretty much flawlessly, it’s an amazing feeling.”

There are more than 3.3 million wheelchair users in the U.S., and many of these people cannot afford the newest wheelchair technologies. As an added bonus, the UCF students have designed the wheelchair to cost less than $4,000. Similar designs already on the market cost several thousand dollars more.

Christian Rodriguez, another co-inventor of the new wheelchair, is particularly proud of how easy it is for people to operate the wheelchair, which the students designed in less than one year.

“For people to just put it on and within five minutes it’s barely a learning curve for most, and just control it like they’re using a joy stick with their hands,” Rodriguez said.

According to Gizmag, these innovative American students may have some competition from a wheelchair designer overseas. In New Zealand, inventor Kevin Halsall recently introduced Ogo, a wheelchair that operates by moving one’s upper body.

Halsall was inspired to create a hands-free wheelchair when he saw one of his disabled friends struggling to maneuver his chair. While the Ogo is not suited for paraplegics, Halsall’s chair may end up being more mainstream than the UCF students’ invention, due to its sleek design and low cost of $1,000.

Both of these inventions will likely end up being quite successful, and it’s promising to see college students making a real difference in the world.