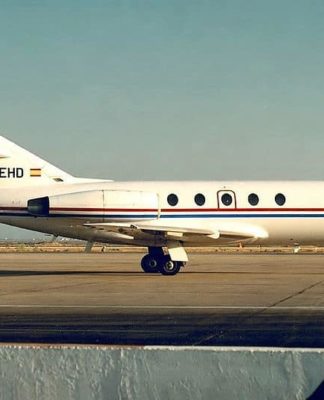 A direct flight from Orlando, FL, to Grand Rapids, MI, is supposed to take somewhere in the neighborhood of three hours. For a group of recent Allegiant Air fliers, however, that trip took over 16 hours over two days and involved four different airplanes.

According to Grand Rapids NBC affiliate WOODTV 8, Allegiant Air Flight 682 was scheduled to depart the Orlando Sanford International Airport on Wednesday at 3:21 p.m. Passengers were told they could expect to arrive in Michigan at approximately 6:30 that evening. However, as fate would have it, that was simply not meant to be.

The originally scheduled flight made it off the ground but lasted less than an hour in the air before turning around and landing back at the Orlando airport at about 4:21 p.m. due to a mechanical issue. At about 6:00 p.m., the passengers boarded a different aircraft and were set to take off when it was announced they had to get off and return to the gate due to another, unrelated, mechanical issue.

There’s a good chance at least one passenger could be found hugging a wall outlet attached to their phone charger as they anxiously awaited a flight that should have seen them already land hours prior. On the bright side, they certainly had enough time to keep their iPhone fully charged, as it takes less than two hours to reach full capacity using a 12-watt USB power adapter.

The third plane the passengers boarded left around 8:45 p.m., but again lasted less than an hour in the sky before returning to the airport at 9:30 p.m. This time the reason given was an issue with the cabin lighting.

“It was getting scary too. We just kind of felt like are we really going to make it back,” said Nicole Doud, who was traveling with her 10-month-old baby and two-year-old son.

The third attempt would be the final one of the day as Allegiant then put passengers up in hotel rooms, gave them food and drinks, and vouchers for $200 off their next trip. The flight was rescheduled for the next morning at 8:27 a.m., when it finally made the trip successfully and passengers made it to their destination at around 10:57 a.m., about 16-and-a-half hours later than they had planned on.

“It’s part of the tradeoff when you are going to one of low-cost carriers,” said John Lovell, a travel agent with Breton Travel. “If there is a trip delay, if there is a mechanical flight cancellation, they don’t have the frequency that one of the major carriers have so they are not going to be able to put you on the very next flight. What we like to tell people if you are not on a timeline, it’s a great option, but if you need to be somewhere at a certain time then you perhaps want to consider one of the other carriers.”

More Meaning Placed in ‘Love Make the World Go Round’ in...

Pathway to the Polls: Can Trump Actually Win?