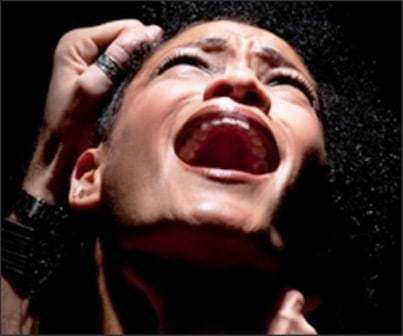 These days my birthdays are filled more and more with reflections on the life-altering moments of my life.  I just read about a program adopted by the U.N. called Silent Tears, created to encourage women around the globe to break their silence about violence and abuse.   It’s a platform for women who have been subjected to violence and left with disabilities as a result to speak out about the problem, share their individual stories, and maybe push people to change.

Predictably, the subject brought back long-held memories from my childhood:
I was headed home to raid the fridge one hot summer day in between basketball games.  I was 14 years of age at the time.  I entered the apartment building my family lived in and headed up the stairs to our home on the 2nd floor.  “Uncle John” was coming out of the building as I went in.
I thought it a little odd when he didn’t speak, but didn’t give it a second thought.  But when I walked into the apartment my mother was standing there with a black eye, and a bruised and swollen cheek.  Her mouth was bloody, and her bottom lip severely swollen.  Her front tooth had been knocked out.
I was in a rage, but never said a word to her.  I ran down the stairs, clearing four or five steps at a time.  Outside, I called to my brother and two cousins who were still in the playground across the street.  I guess it was the urgency in my voice, but they dropped everything and came running.
I told them what I had just seen, and pointed to Uncle John, who was about a block down the street, on foot.  All of a sudden we were running after him, adrenaline pumping.  We caught up with him in only a matter of seconds.
I yelled at him, “you hit my mother,” and he snarled back for us to get the f*** out of his face.
He was in the wrong place– walking past a huge abandoned factory building surrounded by a bunch of bricks and rocks.  With singleness of purpose borne of a collective hate we began stoning him.  He screamed at us, but we were like a pack of wolves with one thought in mind.  Luckily someone heard him screaming and called the police.  Lucky for him– and lucky for us.  We may very well have taken his life that day, and changed all of our lives forever.
When the police car turned the corner about a block away, we left him bloodied, stumbling in the direction of the sirens.  And we felt perfectly justified.
From that day to this, I’ve felt that very same anger when any man beats on a woman– or a child.  I guess I’m still channeling that experience.  Still seeing my mother’s battered face.  Still seeing her beautiful, now interrupted, smile.
Rapists, pedophiles, child abusers, wife beaters– they’re all the same.  Undeserving of anything but a public paddling or a good old-fashioned stoning.  Yeah, I’m familiar with the scripture “let him among you who is without sin cast the first stone,” and I do the best I can to be led by the Word of God, but there’s no point in me lying about how I feel.  So, while today I would not be the one to cast that first stone, people who knowingly and intentionally prey on other people– and especially our women and children– don’t deserve our warm and fuzzy response.
The problem is global.  Until we address it and treat it in the manner the act deserves, it will continue unabated.
In 2002, Carolyn Dewaegeneire, then 56, went to the hospital to have a small piece of skin on her left labia removed.  It was purely a precautionary measure– she wasn’t having any pain or other complications.  But a rogue doctor cut out her entire external genitalia instead.  He didn’t have her permission to do so, and didn’t care how she felt about what he’d done.  What he did is called female genital mutilation, or FGM, and it is universally recognized to be a human rights violation.
The UN estimates that at least 200 million girls and women alive today have undergone some form of FGM, and that number should give you just an idea of how widespread– and accepted– violence, abuse and disrespect of women and young girls really is around the world.
Thanks in large part to the efforts of then-Senator Joe Biden, Congress recognized the severity of violence against women and the need for a national strategy in the U.S. and enacted the Violence Against Women Act in 1994.
Because of the VAWA, “between 1993 and 2010, the rate of intimate partner violence declined by 67%.  Between 1993 and 2007, the rate of intimate partner homicides of females decreased 35% and the rate of intimate partner homicides of males decreased 46%.  More victims are reporting domestic and sexual violence to police, and reports to police are resulting in more arrests.”
These are great statistics.  The VAWA is making a difference by “holding rapists accountable for their crimes by strengthening federal penalties for repeat sex offenders and creating the federal rape shield law.”
Because of the VAWA, victims are not required to bear the expense of their own rape exams, and every  victim’s protection order is now recognized and enforced in all states.  Perhaps most important, VAWA funds train over 500,000 law enforcement officers, prosecutors, judges, and other personnel every year in the realities of domestic and sexual violence.
We celebrate the victories while recognizing that the war has not yet been won.  There is still much more to be done.
My mother never knew what we did to Uncle John that day.  Like so many other women back then and even today, she never called the police on her abuser.  And suprisingly, Uncle John never told the police about my brother, my cousins and me.  Maybe because he would have had to implicate himself; maybe because he decided to protect us despite what we did.  Needless to say, he didn’t come around anymore.
In my own heart of hearts I pray that more women here and abroad will find a way to end the silence that allows the violence against them to go on.