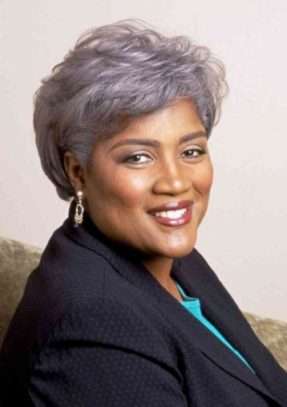 The Political Strategist Will Deliver the Keynote Address on May 7th
Daytona Beach, Fla. – Bethune-Cookman University will welcome veteran Democratic political strategist Donna Brazile to its campus this spring.  Brazile, well-known for her passion to inspire young political influencers, will serve as the keynote speaker for the university’s upcoming commencement ceremony.  The ceremony is scheduled for Saturday, May 7th at the Ocean Center (101 N Atlantic Ave) in Daytona Beach.

Recently, B-CU has made an effort to expose its students and the community to politics and the importance of voting via various events and initiatives.  Brazile, who has a rich history of encouraging the youth and their political involvement, will be an exciting addition to the university’s list of commencement speakers.  “Donna Brazile is a phenomenal woman who is committed to the advancement and progression of our young people.  As we continue on into this election year, it is fitting to have someone like Donna Brazile to speak to our graduates,” says President Jackson.  “We are confident that she will leave them inspired and empowered as they prepare for their next steps.”

Throughout her career, Brazile has lectured at more than 150 colleges and universities across the country.  She is currently an adjunct professor at Georgetown University, a syndicated newspaper columnist for Universal Uclick, a columnist for Ms. Magazine, and O, The Oprah Magazine, an on-air contributor to CNN, and ABC, where she regularly appears on the Sunday morning show This Week. In August 2009, O, The Oprah Magazine chose Ms. Brazile as one of its 20 “remarkable visionaries” for the magazine’s first-ever O Power List. In addition, Brazile was named among the 100 Most Powerful Women by Washingtonian magazine, Top 50 Women in America by Essence magazine, and received the Congressional Black Caucus Foundation’s highest award for political achievement.

Brazile currently sits on seven boards including the J. William Fulbright Foreign Scholarship Board, the National Democratic Institute, the Professional Diversity Network, the National Institute for Civil Discourse, Joint Center for Political and Economic Studies, the BlackAmericaWeb.com Relief Fund, Inc.  Brazile has six honorary doctorate degrees and is the author of the best-selling memoir Cooking with Grease: Stirring the Pots in American Politics.