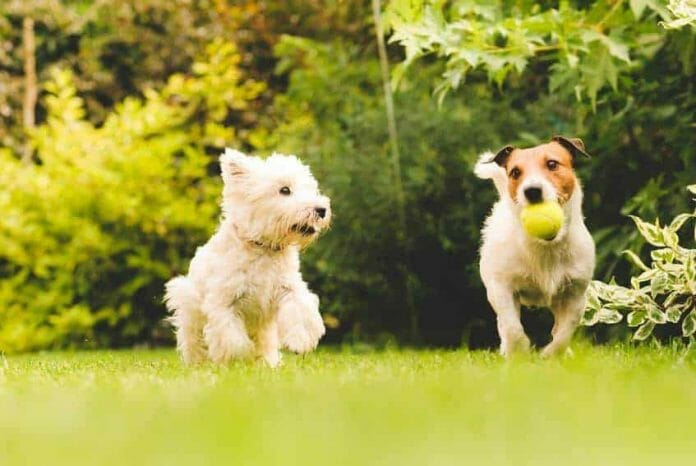 Churches are constantly doing their part to rescue neglected animals, but one disturbed man actually used a nearby abandoned church as a home for hoards of malnourished dogs.

According to local Florida news affiliate Fox 13, police in Brooks County, GA, recently received a tip that a local man was housing dozens of dogs in his home. When they arrived to investigate, they found 72 neglected dogs, and many were locked inside of an abandoned church next to the man’s home.

In search of a new home for the dogs, authorities got in touch with Nate’s Honor Animal Rescue, a facility in Bradenton, FL. Nate’s Honor ended up taking in 38 of the 72 dogs in hopes of nourishing them back to health before finding them new owners.

“A lot of these dogs look very quiet, very docile, very sweet. They are sweet,” said Karen Slomba with Nate’s Honor Animal Rescue. “They are scared to death. What we saw was how terrified they were to come out of their carriers. We couldn’t get them to walk. We had to carry them.”

Most dog owners (59%) have only one dog, and the vast majority have no more than a few. Therefore, authorities were scrambling for solutions when they stumbled upon the six dozen mistreated dogs locked inside of an abandoned church.

Upon finding the dogs, police noticed that many of them had severe injuries. They knew that the dogs needed treatment as soon as possible, which is how they got in contact with Nate’s Honor.

“They do have scars and markings on their face, fighting for food. There are signs they have been in a bad situation, but that is over,” said Rob Oglesbey with Nate’s Honor.

Another troubling story involving mistreated pets and churches was recently reported by The Mirror, a UK publication. An elderly dog with a massive tumor on its mammary gland was dumped outside of a church in Wigan last month, and police are unsure of where it came from.

A volunteer found the dog outside of the church shortly after, but authorities fear that its owner may have gotten rid of the dog simply due to its poor health.

“There is a chance that she was dumped because she was so ill, which is a callous and disgusting thing to do,” said Susie Micallef of the Royal Society for the Prevention of Cruelty to Animals.

As for Nate’s Honor Animal Rescue, all of the dogs they rescued from the abandoned church have gone through checkups and treatments. Some of them have already been adopted, and it’s only a matter of time before they each have a new loving owner.