Prince The Businessman As Significant As Prince The Musician 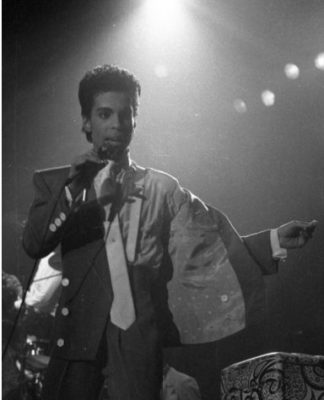 While much of the coverage of the artist’s death focuses on his musical legacy, Prince [will] have an equally lasting impact on the music business itself.

The Strokes, The Black Keys, Alabama Shakes — the list of popular musicians who cite Prince as a guiding influence is too long to mention. Yet today’s generation of artists, particularly those who have eschewed the old way of doing business, have Prince to thank as well.

His highly public dispute with Warner over ownership of his music, and the use of his stature to educate others about the business of creating and performing, transformed how musicians began to think about control of their own careers. Through his high-profile battles for creative freedom, Prince shed light on the vague details of contract law, the power of copyright, the threat of bootlegging and the illegal usage of recording artists’ images.

In that respect, Prince followed in the footsteps of Sam Cooke and James Brown, who were among the few musicians to make aggressive claims for rights over their work and distribution before it came into vogue. Even his contemporary Michael Jackson, whose quirky public image and quiet demeanor masked a shrewd business acumen, focused on ownership of his own music and that of others.

“There is a reason why your favorite rapper brags about owning his or her masters and controlling their future,” said Kevin Gibbs, a musicologist and rock critic who also served as an executive at the Epic and Def Jam labels. “They learned that from him. Today, every artist coming in the door tries to do contractually what Prince fought to do, but they come with a whole lot less leverage, of course.”

Prince’s decision to change his name to an unpronounceable symbol during the Warner dispute, while widely criticized and joked about, gave the performer powerful legal grounds to record, own and distribute music at his own pace.

With the advent of the internet, Prince pioneered and embraced the concept of using the web for audience interaction (a decade before the creation of social media). As early as the 1990s, the artist sought to bypass the power of music distributors with a direct-sale model for his double-album “Crystal Ball.”

Yet his bold use of the internet also led Prince to predict the web’s devastating impact on music distribution, particularly on how artists can profit from their work.

He decried streaming services such as Pandora and Spotify for the small amounts they paid to recording artists, yet eventually acquiesced to the reality of business by offering a small selection of music to a handful of streaming companies, including TIDAL.

Prince also saw YouTube and social media’s increased reliance on unauthorized video, audio and photos as serious infringements on rights. He built a legal infrastructure to combat unauthorized used of his copyright. His concerts famously forbade cellphones in order to save rights to his work, as well as spare audiences from being distracted during the performance.

Most notably, Prince’s independence from record labels shaped a new revenue model from dependence on royalties to direct-to-consumer sales via the internet and live performances. Both models now form the core of how the music business derives most of its income.

Taylor Swift’s decision in 2015 to abandon Spotify in favor of better royalties and fairer treatment from Apple Music is a direct descendant of Prince’s actions.

The same can be said of singer Tyrese Gibson, whose recent top-selling album was promoted largely on the artist’s Instagram account and distributed without the aid of a record company. According to Gibson, Prince was also “one of the first to employ the use of one-offs with his songs — letting whatever label he chose distribute his music. Jay Z took a page from that playbook with Roc Nation.”

After nearly two decades of lawsuits, Prince won back the right to his masters in 2012, an event Warner called “scary,” fearing a possible deluge of releases that, similar to opening a new cache of diamonds, would flood the market and devalue royalties from their own holdings.

“He shed light on many important aspects of the recording business that may have been overlooked by many,” said Gibbs. “He taught musicians the importance of controlling [their] brand and having the last say in what [they] would allow to be done with [their] music… He sacrificed a lot of potential revenue, time and energy to help others learn how to protect themselves and be true to their vision.”

Cy Joe Kelly? What a joke