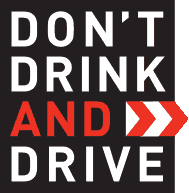 About seven months ago, Bill DeMott’s family’s lives changed forever. It was last October when DeMott lost his 20-year-old daughter, Keri Anne, after a drunk driver swerved into her lane and struck the car she was driving head-on, according to the Orlando Sentinel.

Burying a child is every parent’s greatest fear, enough to make a person make all kinds of rash and misguided decisions. Fortunately, DeMott has been able to focus his pain and anguish in a more productive way to try and turn his tragedy into some good in the world. He’s since teamed up with University of Central Florida Police Officer Frank Imparato, a DUI enforcement specialist who reached out to him after Keri Anne’s death, to try and raise awareness and highlight just how serious a mistake driving under the influence can be.

“You meet people in life that you’re connected to for whatever reason, and tragedy brought us together,” DeMott said. “Frank’s now part of the DeMott family just like I’m part of the UCF Police Department’s family, and we’re trying to change things and save lives.”

In 2012 alone, approximately 10,000 people were killed as a result of drunk driving accidents. Annually, these accidents cost more than $37 billion, but it’s impossible to put a number value of the loss of life. That’s why the two men have made it a mission to talk with new UCF recruits, high school students, and college campuses about the consequences of drunk driving.

“She [Keri Anne] was such a giving, wonderful person who was just starting her life,” DeMott said. “These students need to hear my tragedy and need to feel my pain. It hurts every day.”

For Officer Imparato, the real-life example provides for an incredibly powerful teaching tool to new officers joining his ranks.

“Hearing how your work can help prevent what happened to Bill and his family helps inspire these new recruits,” Imparato said.

Keith Pumphrey, the man arrested and charged for killing Keri Anne, pleaded guilty to DUI manslaughter charges and was sentenced to 15 years in prison last month.