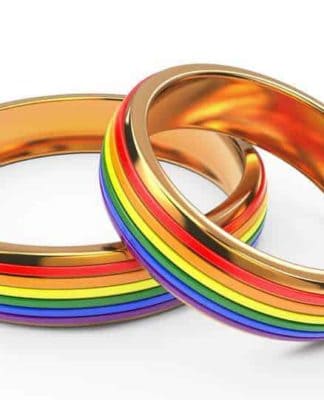 The Hillsborough County Commission voted to raise the gay pride flag in front of the County Center as a memorial of last week’s Orlando massacre. One employee, however, was not happy with the decision.

TampaBay.com reports that an anonymous complaint from a county employee stated that being forced to walk past the flag in order to enter the building created a “hostile work environment.” The employee went on to say that their religious beliefs were the reasoning behind this and that they did not feel safe.

“My office recently received an anonymous phone call from a county employee stating that, because of her strong Christian beliefs, it will be nearly unbearable for her pass the ‘pride’ flag each morning as she enters the workplace,” said Commissioner Stacy White in a letter to HR director Peggy Rowe. “She clearly indicated that the display of that flag, for her, has created a hostile work environment.”

Considering that most adults will work just more than 90,000 hours in their lifetime, the flag being up for a few hours should not have any effect on the employee’s productivity or job.

The June 12 shooting, in which 49 people were murdered at an Orlando gay club, was the worst mass shooting in American history. It was not only an emotional hit to the United States, but around the world as well.

The decision to raise the flag came after a 5-1 vote to hang it in front of the County Center for the remainder of the month of June. June also happens to be LGBT Pride Month.

The following day, the board came together again to defend their actions.

“I believe that I had no reasonable basis to believe that the Board’s action would create a hostile or uncomfortable work environment,” said County Administrator Mike Merrill.

While the HR department will investigate the complaint, the flag remains.