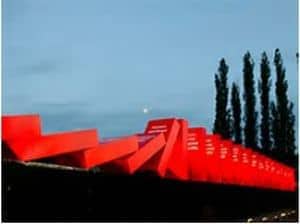 Stories about Brexit are all over the world’s newspapers and broadcast news networks.

Voters in the United Kingdom chose to have a referendum and the resulting votes led to plans for England to leave, or exit from, the European Union (EU).

Britain was a member of the 28 nation group that once decided to ban together to form a more globalized Europe for trade purposes, open border traveling, to address issue like global warming and to deal with the big elephant in the room, immigration!

People in England decided the best way to curb the influx of refugees and other immigrants was to close their borders and fall on their own economic sword!

Britain was a huge player in world finances and economics. The UK money changers were second to none. Before Brexit, no names were bigger in money talk than institutions like Barclay’s Bank and insurance companies like Lloyd’s of London!

After the Brexit vote, stock markets around the world plunged because of England’s newfound financial uncertainty.

You see, at one time it was said that “the sun never set on the British Empire” that was created by colonization, conquest, pirating and worldwide robbery.

Today, the sun can barely shine on England where isolationism and the fear of a “colored planet” scared most voters over the age of 50 into supporting the Brexit campaign.

I asked a friend on Wall Street if he lost any money when the value of the British pound dropped to record lows and world stocks dropped by hundreds of points and he told me, “Everybody lost money!”

Yes, an important aspect of the ideology of who is or is not a Brit concerns people movement in the country.

Well, Brexit addresses Britain immigration policies and who will be allowed to move into the UK.

Hexit, on the other hand, determines who moves out of the inner cities of America.

Brexit aims to keep people of color out of town and Hexit is a way to get people of European descent into town.

Confusing? Not really. Some people and some nations just want what they want.

It’s a new world order. The internet has made a smaller world where people of all nationalities can communicate, relate and interact with each other.

The days of the colonial powers are over but some politicians, in every country, will never learn that.

Politicians in England damaged the economy, put people in debt, divided the British masses, alienated both the young and old and what did they get for it? They got one politician to resign and another politician seeking to take the place of the Prime Minister that suggested the EU exit referendum.

Rich Brits will continue to be rich and poor Brits will get even poorer!

Hexit, or (Neighbor)Hood exit, is primarily a money grab! Downtown property is more valuable so people living near the inner city are orchestrated out of town to make way for high rises, skyscrapers, condos, malls and other developments.

Brexit and Hexit both are about people movement. Whites move in and non-whites are kept out!

At least the people had a vote on Brexit but politicians don’t need to call for referendums in America’s inner cities when all they have to do to impact people movement is use their political tool called “eminent domain” where they can just take property from one owner and give it to another!

The results are the same. People are prevented from moving in or forced to move out!

(Buy Gantt’s latest book, “Beast Too: Dead Man Writing” onAmazon.com and from bookstores everywhere. Contact Lucius at www.allworldconsultants.net. And, if you want to,“Like” The Gantt Report page on Facebook.)