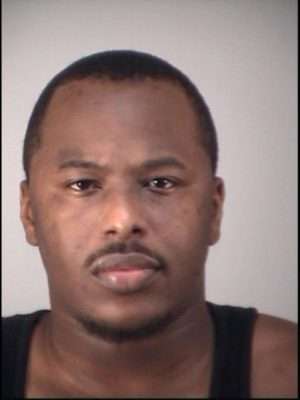 Rakeem Hill, son of Commissioner Regina Hill, turned himself in to police yesterday after learning for the first time, according to his attorney, that police had been looking for him since June 24.  Attorney Roger Scott told reporters that his client “was never on the run.  He surrendered [now because] he just found out about this.”

Police say Hill was wanted for questioning after he and three others allegedly led troopers on a high-speed chase that ended with a crash.  According to troopers, the driver and front passenger could be seen throwing objects out of the speeding car.  Those objects were later identified as guns.  After the car crashed, the driver and passenger exited the vehicle and fled the scene on foot.  Police dash cam video captured the two men fleeing.

Regina Hill was told by state troopers that they were looking for her son.

Hill’s attorney told Channel 9’s Shannon Butler that  Hill realized only a day or so before turning himself in that troopers were looking for him.  Eyewitness News says it is in possession of surveillance video that shows Hill throwing a gun out the window of the car and fleeing the traffic stop.

Hill is being held without bail.