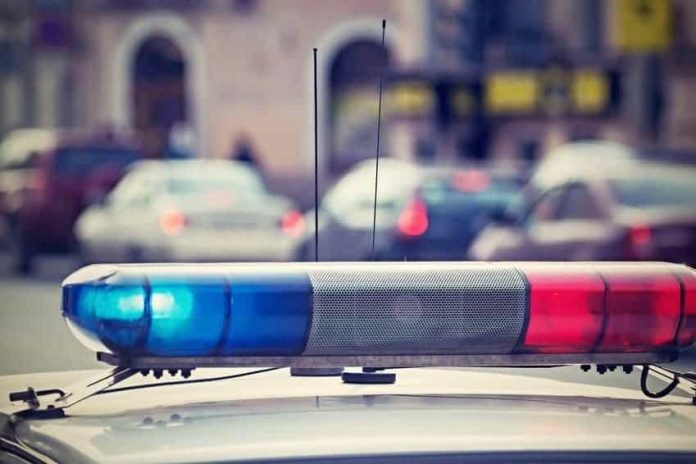 According to local television station News 4, the Flagler County Sheriff’s Office responded to an alarm call at 7:14 a.m. from Greg Lynn Jewelers. Upon arrival, deputies found several broken windows, but did not find any suspects. After reviewing surveillance video of the business, it appeared that the burglar, who was later identified Craig Chavez, had entered the store three times.

The first entry happened at 6 a.m. with Chavez using a hatchet to smash open a window. Once inside, he escaped with a small bag containing nothing of value. He was also wearing a bag over his head.

An hour later, Chavez returned. This time, he had a t-shirt wrapped around his head, and he broke yet another window with the same hatchet. On this trip, he stole 13 to 15 bracelets valued at $500, then fled the scene. Cameras were able to follow him entering his vehicle, and captured images of his license plates and his face.

On his third and final trip, Chavez was on foot and not wearing anything to cover his face. The Palm Beach Post cites that he had parked his car at a nearby store. He did not steal anything, but deputies believe he returned to retrieve his hatchet from the store.

While studies show that 61% of men consult their girlfriends prior to buying an engagement ring, Chavez, however, decided to consult his hatchet.

After running the plates on his car, police were able to locate Chavez’s girlfriend, who owned the car. Chavez consented to an interview and was arrested without incident. He has been charged with burglary of a structure, criminal mischief, grand theft, and possession of burglary tools.

After his arrest, the 51-year-old was booked into the Flagler County Inmate Facility and is being held on $10,000 bond.

“I am proud of all who assisted in making this arrest a reality,” said Flagler County Sheriff James L. Manfre. “It is another example of the great work the men and women at the FCSO do on a daily basis.”