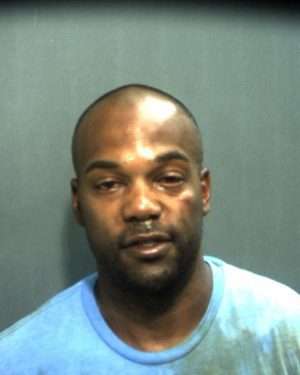 The trial of Noel Carter is currently set for August 15th. Whether or not the new date was chosen to distance the trial from the police brutality protests flaring up around the country– as some have suggested– is anyone’s guess.  What is clear is that the trial will once again highlight the deferential treatment accorded police who abuse their authority over private citizens who suffer at their hands.

The case evokes images of Carter being repeatedly kicked by police in June of 2015 while sitting and then lying down on the ground in downtown Orlando.   Orlando Police Chief John Mina said at the time that the video of Officer David Cruz kicking Carter was “only a small piece of the picture,” and additional video from a building across the street later confirmed the existence of a backstory.

According to Mina, Carter was intoxicated, “put his hands on a woman,” resisted arrest and fled before the original video captured by a bystander started rolling. Mina said Carter “had fought with officers, had punched one of our officers, was on top of one of our officers.”

The problem is that Mina’s justifications for the beat-fest were nowhere to be found in the 1,700-word statement filed by Officer Cruz with the arrest affidavit.

According to Cruz, he saw Carter “attempting to grab and hold” a Hispanic woman who was walking away from him. Cruz said he spoke to the woman, who was crying, and she told him that Carter was intoxicated.  She said the two had been arguing because they had just broken up and Carter did not want her to leave.

Cruz said he then walked over to speak with Carter who only wanted to speak with the woman.  Cruz wrote that he then told Carter he could not speak with her and that Carter told Cruz: “you’re not going to stop me.”

Cruz says he then tried to handcuff Carter, and that Carter resisted.  In one of the videos of the incident, Carter can be seen pulling away from the police.  That’s resisting arrest, and it justifies– under the law– Carter’s arrest.

Cruz’s partner, Officer Charles Mays, then pepper-sprayed Carter, who seemed not to have been affected, and walked away. The two officers then became more physical and attempted to subdue him and Cruz fired his taser into Carter three times, without the desired effect.

Cruz then wrote that “Carter turned towards me and attempted to grab my Taser,” and that he then pepper-sprayed Carter again before pulling him to the ground.

Pardon me a moment while I dumb myself down, though.  Cruz never mentioned Carter being on top of him.   Why would he have omitted something as important as that if it in fact happened?   Thanks, Officer Mays.

There are at least three videos showing different aspects of the altercation. None of them show the complete encounter, but one shows Carter trotting across the street and then sitting down to wait for the police to place him under arrest.

That’s what should have happened.

But what actually happened was that while he was sitting there waiting to be arrested, they kicked him, hit him with a baton, and then kicked him some more. Why? Because he had not gone down with the pepper spray? Because he had not been incapacitated by the taser? Except for Officer Mays’ account, which apparently Officer Cruz did not remember, Carter was never violent towards them.   He hadn’t hurt the woman he’d just broken up with– or anyone else, for that matter.  But he had been pepper-sprayed, tased and struck multiple times with a police baton.

What he had done was to piss off the police. And the beat-down he received was the price of making them follow him across the street.

The fish rots from the head

You know, we used to hold police to a higher standard. Heck, police use to hold themselves to a higher standard. But now it seems like they’re all just one word away from full blown rage.  People of color live with this unfortunate reality all their lives. But make no mistake about it, white people get for-no-reason beat-downs, too.   And in Orlando, not even the persons most deserving of respect– the elderly– get a pass from police brutality.

Take the case of 84-year-old Dan Daley. One night in mid-September, 2010, the three-war veteran got into an argument with a tow truck driver who was about to drive away with his car. Daley had been visiting the Caboose bar and had parked in a lot across the street. According to the owners of the bar it was proper parking, but according to the owner of the Ivanhoe Grocery, the parking lot was for use by store customers only.  So when Daley parked in the lot and went into the bar, the police ended up involved.

While Daley was arguing with the tow truck driver, 26-year-old OPD Officer Travis Lamonte arrived on the scene. The tow truck driver said he, Daley and Lamonte were talking about the dispute between the two businesses, and during the conversation Daley several times reached over and patted Lamonte on the shoulder and arm.  According to the witness, he left the two men briefly to release Daley’s vehicle, then rejoined the conversation.  He said that at some point Daley again reached over and patted Lamonte on the shoulder, then appeared to stumble slightly into the officer. This time Lamonte responded aggressively,  by hip-checking the old man and slamming him into the ground– head first. The take-down broke the 84-year-old’s neck.

Think the police would do the right thing, tell Lamonte he was wrong, discipline him and apologize to Daley? Not OPD. They defended Lamonte’s actions for years– up until the day a jury awarded Daley $880,000 for his injuries. Lamonte told the jurors that the elderly Daley threatened to knock him out, and then balled up his fist.

Forget for a moment that none of the people who witnessed the event heard or saw anything close to what Lamonte claimed.  In what reality would anyone believe that a 26-year-old cop would reasonably fear being knocked out by an 84-year-old man who’d just spent time drinking in a bar?

Cases like Daley’s shows clearly what happens when police serve and protect each other instead of you and me. But then, the fish rots from the head.

Asking the police chief to police the police is pointless.  It produces an endless circle that never leads anywhere and becomes so dizzying that the result is always confusing and leaves everyone feeling a little sick to their stomachs.

That’s why we expect the person who occupies the state attorney’s office to be the filter that keeps police misconduct in check. Charging Noel Carter with a crime, without charging Officers Cruz and May, only serves to thicken that thin blue line that separates the people from the police.

No one should be above the law. Especially not the people who are sworn to uphold it.  Even if what Chief Mina says is true– that Carter was drunk and punched an officer– is it okay for the police to in effect exact revenge on a suspect once he has been subdued or surrendered?  Because if the kick-down was okay in this event, what are police allowed to do if

The job of the state attorney is to represent the people of the state.   Prosecuting Noel Carter without disciplining the officers involved destroys public confidence in the ability of the prosecutor’s office to be fair.  It suggests that our present state is biased on the side of police when it comes to police violence and brutality.  It suggests that he has fallen woefully short of doing the job he was elected to do.