Technology never ceases to reveal amazing details. X-rays can be taken as fast as 30 frames a second; telescopes can see stars millions of light years away; and autopsies can reveal critical facts about the deceased, especially in ongoing criminal investigations. The autopsy results of the gunman who massacred 49 people in the Orlando nightclub Pulse have been released, showing that he was HIV-negative and was probably a long-term steroid user, according to two U.S. law enforcement officials. 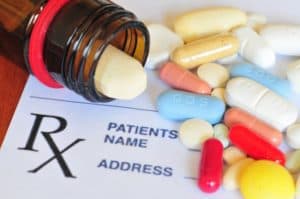 FBI agents are continuing an ongoing investigation into the background of the shooter, Omar Mateen, to look for clues as to why he committed such a horrific and deadly rampage. The events of June 12 comprised the deadliest mass shooting in U.S. history.

According to the FBI, 29-year-old Mateen has become radicalized in the years leading up to the shooting, and pledged allegiance to the Islamic State militants during the actual attack.

While the results of the autopsy do shed some light on who Mateen was, federal investigators are not sure whether or not steroids played a role in the shooting. However, on the National Institute on Drug Abuse’s website, they report that high doses of steroids can “increase irritability and aggression. Some steroid abusers report that they have committed aggressive acts, such as physical fighting or armed robbery, theft, vandalism, or burglary.”

These results are not surprising. Mateen’s ex-wife, Sitora Yusufiy, told reporters after the shooting that he had a history of steroid use.

On June 21, the television network Univision aired a report featuring a man in disguise, who said that he had sex with Mateen after meeting on a dating app. Other people have come forward affirming that Mateen went to the club or used several gay dating apps. One man apparently told Mateen that he was positive after unprotected sex. The FBI has been unable to corroborate these claims.