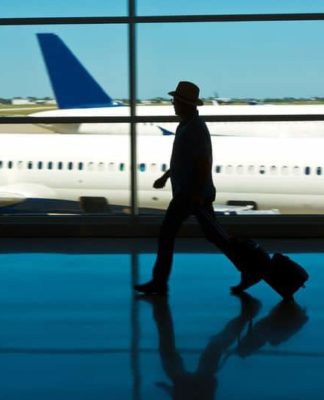 As we we all know, Orlando has been in the news for some very unfortunate reasons as of late. The shooting of pop star Christina Grimmie, the death of two-year-old Lane Graves, who was killed by an alligator, and the horrific mass shooting inside Pulse nightclub all happened within one week in the Central Florida city.

According to Travel Weekly, despite these horrible events — which resulted in an increase in security and travel expenses — vacationers continue to visit The City Beautiful.

“The shooting tragedy in Orlando occurred on Sunday, June 12. On Monday and Tuesday [June 13 and 14], we saw significant increases in traffic and new users to the site,” said Stan Sandberg, co-founder of TravelInsurance.com, a travel insurance comparison site. The site saw a 47% increase in traffic and a 64% increase in new users on the days following the shooting.

Everyday, more than three million people fly commercially to destinations all over the world. Although Orlando was seemingly the most vulnerable it has ever been, thousands of people still continued traveling there to show support and go on with their lives as best they can.

“I just made a Disney booking yesterday for 2017 and the subject never came up,” said Joseph Hurley, owner of Forest Hill. “Most people I have talked to realize that this was an unforeseen, isolated incident and I do not expect this to affect Disney or Florida bookings.”

ABC News reports that the recent Best Amusement Parks in the United States survey ranks Orlando as having the number one park: Universal’s Islands of Adventure. The park has increased its security measures to ensure guests remain safe throughout the entire duration of their trip.

“We assured them [guests] that Disney’s number one priority is safety,” said Sue Pisaturo, of Disney’s Small World Vacations. “No one has cancelled or changed dates. We’ve only had a few guests who contacted their agents about the tragedies.”

New Justice Must Bring Indepedence to the Supreme Court

First Steam Machines up for sale

A Gentle Scolding of a Dear Ally