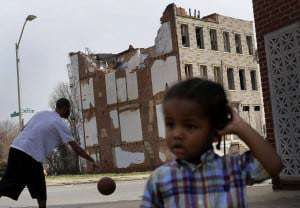 TALLAHASSEE, Fla. – At the conventions and on the campaign trail, Floridians are hearing plenty from both presidential candidates, but there’s one major issue neither one is talking about: the millions of children across the nation who are living in poverty. The child poverty rate has been on the rise in Florida since the end of the recession, going from 17 percent in 2007 to 27 percent in 2014. That means nearly one million kids in the state are growing up in households where meeting basic needs such as food and housing is a struggle. Norin Dollard, director at Florida Kids Count, said it’s disappointing that neither candidate seems to see the impact that lifting kids out of poverty would have on all the other things they want to achieve.

“Kids have better academic outcomes,” Dollard said. “They grow up to be more self-sufficient. As adults, they’re able to care for their own families, having the kind of workforce that has the skills to be competitive.”

An analysis of the first 10 presidential debates found that just one of the 501 questions asked of either Republican or Democratic candidates was specific to children. Bruce Lesley with the bipartisan children’s advocacy group First Focus says regardless of the outcome of the November election, he hopes the next president will put money where his or her mouth is when it comes to the nation’s children.

“Someone will say I care about terrorism and we need to do it for our children,” Lesley said. “That may be true, but there are huge issues facing our children directly. So where’s the big debate?”

According to Julia Isaacs with the Urban Institute, this is one area where both federal and state leaders could make a big difference.

Some analysts believe Hillary Clinton’s vice presidential pick could lead to a deeper discussion of children’s issues, as Senator Tim Kaine has long been a champion of early childhood education. His wife Anne Holton, who serves as Virginia’s secretary of education, has an extensive record advocating for foster youth.