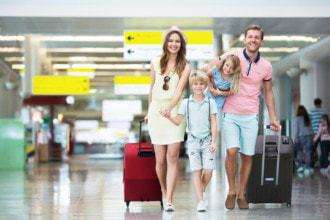 According to the Orlando Sentinel, federal health officials issued a warning on August 1 to pregnant women or women trying to become pregnant to avoid Florida areas where the Zika virus is prevalent.

Approximately four out of five Americas are prescribed antibiotics every year, a number that could increase with the recent Zika scare in Rio, Brazil and now here in the United States. The virus, which is spread by mosquitoes, can cause serious birth defects, internal bleeding and death.

Florida Gov. Rick Scott announced the first few cases of Zika in the state during a conference in Orlando. This week, he added 10 more cases after heath department officials tested more than 200 people who might’ve came in contact with the virus.

Scott requested the Centers for Disease Control and Prevention send emergency respondents to assist with the medical issue. The CDC sent eight medical specialists to Florida to assistance.

“Our phone has been ringing off the hook,” said Dr. Matthew Mervis of Prime OBGYN in Florida. “The main question is, ‘should I be tested for Zika?'”

The CDC does not recommend testing all pregnant women, only women who have traveled to infected areas. Florida residents are nervous about the increase in Zika cases, but tourists who enjoy traveling to Florida are just as nervous.

“They’re also asking about vacation,” Mervis added. “My advice is to avoid affected areas. If people are planning outdoor vacations — it’s all about risk reduction — I tell them I wouldn’t go camping.”

Time reports that Gov. Scott has requested residents and tourists to wear bug spray, stay away from affected ares and drain standing water.

“We will continue to keep our residents and visitors safe utilizing constant surveillance and aggressive strategies,” Scott said, “such as increased mosquito spraying, that have allowed our state to fight similar viruses.”

“I don’t think people should panic yet,” said Mervis. “I think they should be ready.”