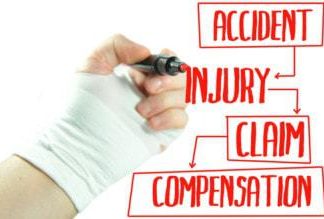 The Florida Supreme Court has handled a number of workers compensation cases already this year, and will now deal with ongoing testimony to decide whether to mandate a 19.6% increase in business’ insurance rates as proposed by the National Council on Compensation Insurance.

Proponents of the insurance hike say that current Florida workers compensation coverage is insufficient to provide injured workers access to the legal representation they might need to receive remuneration. Nationally, 85% of workers comp claims are due to employees slipping on slick floors. The current allotted funding for attorney’s fees for injured workers can be as low as two dollars per hour, which prohibits people from hiring lawyers for their cases.

“The carriers are the ones making these decisions,” said Mark Touby, a lawyer and president of the group Florida Workers’ Advocates. “They wrongfully deny benefits. That’s what it’s about.”

The alleged lack of coverage dates back to 2003, when former Governor Jeb Bush cut Florida’s insurance rates — which were some of the highest in the country at that point — by 60%, in part by implementing a fee schedule for lawyers who represent workers’ cases.

Businesses and industry advocates who oppose the hike, however, argue that the increase is for the benefit of those lawyers, rather than the workers themselves.

“The effect of the decision is to raise costs for no other reason than so plaintiff trial lawyers can raise fees,” said Mark Wilson, president and CEO of the Florida Chamber of Commerce. “It advantages trial lawyers and disadvantages injured workers.”

At a hearing before the Florida Supreme Court, parties as diverse as roofing contractors and Wal-Mart representatives offered testimony against the insurance hike.

In three prior cases this year, the state court ruled that the current procedures for handling workers compensation were unconstitutional. The negotiation over insurance increases will likely continue to play out into 2017, though the NCCI has recommended the benefits begin as early as October.

US girl hikes to safety after crash