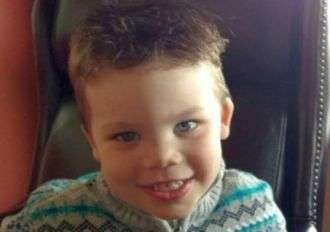 A report released Monday by the Florida Fish and Wildlife Conservation Commission reveals heartbreaking new details in the devastating death of Lane Graves, the 2-year-old boy who was fatally attacked by an alligator at Disney’s Grand Floridian in Orlando, Florida, earlier this year.

According to the report, Lane Graves was building sand castles by the water when he waded into the shallow end to refill his bucket. An alligator then emerged from the water, bit down on his head, and pulled him in. Matt Graves, the boy’s father, attempted to try and pry open the alligator’s jaws by putting his hands inside of its mouth and grabbing its teeth, but this only caused the animal to fight back harder before pulling loose and dragging the 2-year-old into deeper water.

“I saw it come out to get him,” Matt Graves told investigators, according to Time.

The child’s body was later discovered the next day, close to the scene of the original attack. Six alligators were later captured and euthanized in order to find the animal that had attacked Lane Graves.

“While we cannot say with absolute certainty that the subject animal has been taken, we are confident that the evidence gathered shows it is very likely that one of the two females captured close to the attack location was the offending animal,” the report continued, specifying that the two females had empty stomachs and would therefore be more likely to be on the hunt for food.

The report goes on to detail why the attack was likely a “predatory” event rather than something the child had provoked, as well. According to CNN, it occurred during prime hunting time, and the way in which the animal had seized Graves was typical behavior for a hunting alligator. Also, because the boy was so small and bending over, it’s likely that the alligator thought he might have been a more reasonably sized prey.

Prior to the attack, the report also claims that at least two people alerted Disney staff members that they’d seen an alligator in the water. It is unclear what measures, if any, staff took after these complaints were made.