OCPS to distribute over 70,000 laptops 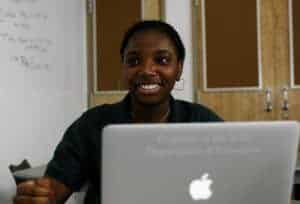 The LaunchED program began in 2013 as a pilot of 8,000 devices designed to identify if the district could increase student engagement and achievement through personalized digital content and tools, such as online textbooks. Since it launched, the program has been a hit among students and teachers and has grown steadily. Thanks to community support, there will be over 70,000 devices in 2016! The next generation of curriculum and instruction requires the next generation of facilities.

LaunchED schools look and feel different than traditional schools. In addition to student and teacher devices, each classroom is outfitted with state of the art equipment and services such as increased Internet bandwidth, wireless access points, large interactive touch-screen flat panels, document cameras, and in ceiling audio enhancement.

School Reopens. Masks Still Optional. Where is the Love?