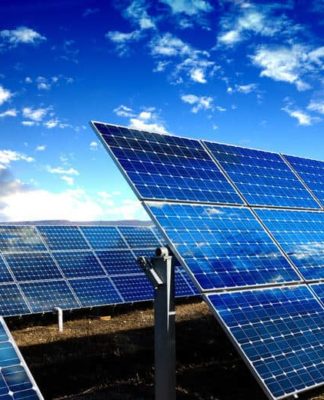 At the end of August, Florida voters will be asked to decide on a legislative amendment that could affect the future of the state’s policies on solar power and renewable energy.

Amendment 4 is a widely-supported measure that would grant commercial businesses and industrial properties the same kinds of tax breaks and benefits that residential owners already receive for installing and using solar panels for energy.

By eliminating the tangible personal property tax on rooftop solar panels for commercial spaces, the State Legislature hopes to reduce the overall costs of solar energy in the Sunshine State and encourage more people to opt for renewable energy resources.

“The overall benefit, we believe, is it would lower energy costs as more solar is developed,” said Stephen Smith, executive director of the Southern Alliance for Clean Energy, which supports the amendment. “Even if the utilities are doing it, we believe, they’ll be able to get a better price for solar. And then we think it will also diversify the different types of energy being developed. Right now, Florida is becoming way too dependent upon natural gas.”

While there are other ways to reduce energy spending — a metal roof, for example, can cut expenditures by 25% — the push for solar in Florida is also about creating jobs in the solar industry and developing more sustainable practices for the long term.

Amendment 4 will need to win 60% of the popular vote in the primary election on August 30 in order to go before Legislature, though its prospects look bright.

“The proposal is receiving broad support because it would benefit a wide group — everybody from mom-and-pop businesses to the big utilities such as Florida Power & Light and Duke Energy,” writes Beth Kassab for the Orlando Sentinel. “None of the usual suspects on either side of the renewable energy debate in Florida are organizing a campaign against this amendment.”