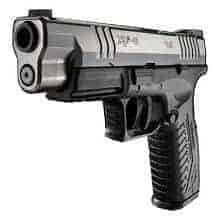 Pine Hills is a census-designated place (CDP) and unincorporated subdivision in west Orange County, Florida. As of the 2010 U.S. Census, Pine Hills had a population of 60,076.  In today’s Black community, many residents call Pine Hills “Crime Hills” when they refer to the daily violence in the community. Recently, there have been drive-by shootings, multiple weekend shootings, and homicides. Those who call Pine Hills home and many in the community at large refuse to accept this violence as the new normal way of life

Dr. Sydel LeGrande and her non-profit organization, Changing the Game for a New Generation, Inc., has issued the seventh (7th) Call to Action invitation to meet and engage in interactive discussion.   Short term and long term intervention strategies will be discussed, and a possible solution presented.

Dr. LeGrande has been a Primary Care Physician for 30 years and is a woman of faith. Her medical practice is located in Washington Shores, and she believes she was divinely inspired to come to Central Florida with a special assignment.  Her medical practice is open to new patients.  She has recently added to her practice the specialty auto injury care.  As a change agent, her organization believes it takes a village to raise a child.

On January 25, 2016, in Pine Hills, a man was shot in the leg in a drive-by shooting. On May 3, 2016, a 9-year-old girl was shot in the leg while sleeping at home by a group of 3 men who got out of their vehicle and fired more than 30 rounds on 22nd Street. On June 17, 2016, deputies in Pine Hills found two teens believed to be between the ages of 16 and 18 years old, suffering from gunshot wounds.  Both later died at Florida Hospital South. In all of these cases, there are no suspects.  They are all open investigations.

On April 16, 2016, Gino Nicholas (24) and Tanya Skeen (46) were in the wrong place at the wrong time.   They were both killed for no other reason.  Because the community came together, explained Orlando Chief of Police John Mina, both Lavon Shinn and Christopher Miller, ages 24, were arrested and charged with first-degree murder.

Communication is key to ensuring a safe community, and Dr. LeGrande along with her team is inviting residents, political leaders, church members, civic organizations, Orange County Sheriff Department, the City of Orlando Police Department, and business owners to this call to action meeting.  Light refreshments will be served.   Community-wide attendance and input is urgently requested.

For more details about the organization’s long-term strategy and its December 18, 2016 gala, visit at ctgforanewgeneration.com and YouTube.com: Stop the Cycle of Hate.  Volunteers, teachers, and sponsors are needed.

Pope in tribute to Paraguay women