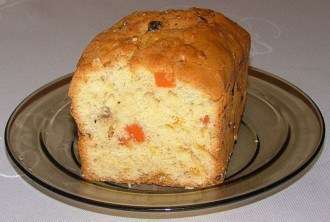 Traditionally, the wedding cake is the centerpiece of the reception and symbolizes the love between the bride and groom. For one Florida couple, both their wedding cake and love for each other has lasted 61 years and counting.

Satellite Beach residents Ann and Ken Fredericks have been celebrating a special tradition every August 19 that some may deem unusual or odd. But for the couple, this act only symbolizes the love they have for each other.

The pair was married on August 19, 1955, and to this day, they still nibble on their remaining wedding cake every wedding anniversary. The dark fruit cake, which was made by Ann’s grandmother to symbolize a family tradition, has a long past of being stored in odd places.

When it was freshly baked, it hung in Ann’s grandmother’s cellar in cheesecake bags for months to age. According to Ann, darker fruitcake needs a significant time to age before it can be consumed, as it just will enhance the flavor and texture of the cake.

Nowadays, the cake is kept in a tightly sealed coffee tin that stays in a cupboard above their refrigerator.

Each year the couple cuts off a little piece, and toasts to their love with some champagne. Their secret? Brandy.

Before consuming, Ken drizzles the cake with some brandy. He says that the alcohol softens and preserves the cake year after year.

Their secret to a long lasting marriage? “We still love each other, and we enjoy each other’s company,” Ken tells Fox 35 Orlando.

Ann adds that the couple views the cake as more than just a baked good. She says, “It’s important to us, because it says we’re still together and glad of it.”

For couples in Orlando, the average cost of a wedding cake is anywhere between $303-$505 depending on the amount of guests to their reception. So it might be a good idea for newlyweds to follow after the Fredericks’ example to get the most they can out of their investment!