Study: Health Care For Millions of Floridians Hangs on Election 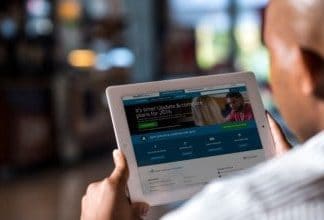 TALLAHASSEE, Fla. – As Floridians prepare to cast their ballots in November, a new analysis looks at the impact on health-care coverage in the state of a Trump versus a Clinton presidency.

Republican nominee Donald Trump has said he would eliminate the Affordable Care Act’s health insurance marketplace, which is the online exchange Floridians can use to buy coverage. Democratic nominee Hillary Clinton, on the other hand, has said she would work to strengthen the A.C.A.

A report from Families USA Action Fund found that without the marketplace, more than 1 million Floridians would lose their health care coverage. According to the executive director of the fund, Ron Pollack, Latinos, African-Americans, women and young adults would be hardest hit.

“Only 12 percent of Florida’s young adults, between the ages of 18 and 25, have job-based health insurance,” Pollack said. “And that’s why the marketplaces that provide individual coverage are significant.”

According to the report, Trump’s plan to repeal the A.C.A. would impact hundreds of thousands of additional Floridians, especially those with pre-existing conditions and those receiving Medicaid.

Clinton, meanwhile, has said she would offer incentives to states such as Florida that have not yet expanded Medicaid. That would make a huge difference to the state’s Latino population, said Rafael Collazo, political director with the National Council of La Raza.

“We’re continuing the fight on a state level to get access to health care for hundreds of thousands of Latinos who currently are falling in the Medicaid gap,” Collazo said. “We don’t want to make the situation worse. We don’t want to see millions more Floridians have their health care jeopardized.”

Experts estimate that expanding Medicaid would cut the state’s uninsured population in half. Florida is one of 19 states that have denied federal Medicaid expansion dollars under the A.C.A.