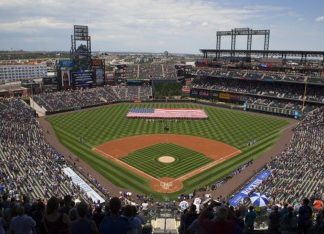 Colin Kaepernick started a movement among football players when he chose to kneel during the national anthem. Professional basketball players quickly joined the silent protest, and now national anthem singers are also taking a knee.  Are their dwindling numbers to blame?In spirit, many other athletes have said they are in support of the protest, but their statements of solidarity are not backed up by public action.

Baltimore Orioles’ centerfielder Adam Jones says black baseball players are not likely to get involved because their positions on the teams are a lot more tenuous.  He says baseball is still by and large “a white man’s sport.”

As proof of his statement, Jones says the dwindling numbers of MLB players tells the story.  Baseball just doesn’t need black players, he says.  And blacks do seem to be disappearing from the sport– from Little League to the Major League.  It takes more people and more equipment to play baseball than it does to play either of the other two sports.

Whatever the reason, Jones says, don’t hold your breath waiting on the protest to spread to MLB.

‘Four Marines dead’ in US shooting