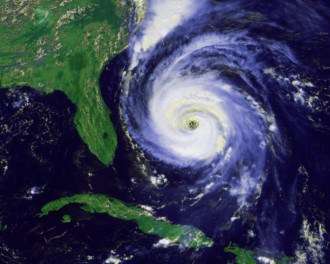 Thousands of Florida citizens are still without power days after Hurricane Matthew swept along the east coast, complete with 100 MPH winds and torrential rain.

As of October 10, upwards of 175,000 people across the state were still without power. Downed trees and power lines were accompanied by localized flooding for most of the weekend, providing a devastating sight on Monday morning.

The situation was so dire that President Barack Obama has declared a major disaster in Florida.

In other words, the state will be eligible for additional federal aid in their time of need.

However, Florida Gov. Rick Scott reported that the declaration was limited to help with debris removal and emergency protective measures. The state won’t receive aid for individual assistance or funding for roads and government buildings.

In an additional statement, Scott said that Florida has sustained “significant damage” and that he would continue to reach out to the federal government for more assistance.

Officials hoped to restore most, if not all, power by late Sunday, but Monday revealed that thousands were still sitting in the dark.

In addition, the beaches still remain closed due to strong rip tides and the possibility of debris both on land and in the water.

Most major roads were cleared of debris by Sunday night, but several access ramps and lifeguard towers still need to be repaired or replaced.

Homes, yards, and cars were all damaged in the storm. The damage could even be compared to the kind of stunt work that destroyed over 300 cars during filming for The Dukes of Hazzard.

Not only did Florida sustain physical damage, but its theme parks sustained financial damage upon being forced to close for a day.

Major theme parks reported lower attendance throughout the year, but closing for a day so close to Halloween could literally cost millions.

Although it was a move that definitely cost the theme parks money, experts all agree that closing the parks was the right decision in the midst of such potentially catastrophic weather conditions.

The storm killed more than 500 people in Haiti and at least 18 in the United States.