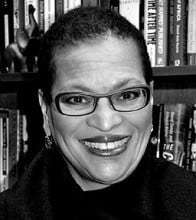 I watched the October 19 Presidential debate in both awe and horror. Awe – I truly do not understand Mr. Trumps temerity to lie, interrupt, sniff, sigh, and interject offensive comments (“such a nasty woman”) in lieu of disagreement. The horror came when Mr. Trump asserted that he would not necessarily accept the result of an election he has described as “rigged”. (Actually, in Trump’s world, anything that does not go his way is rigged – debates, primary elections, Emmy Awards). Trailing in the polls, Mr. Trump is playing the same racial games he has played throughout the elections, suggesting that there is massive voter fraud in cities like Philadelphia and Detroit, cities with large African American populations, that dead people are voting, and that millions of voter registration records are wrong.

There have been dozens of reports that refute the Trump claims. A Department of Justice report indicates that only 31 of more than 1 billion votes cast since 2000 have been fraudulent. The Brennan Center for Justice, housed at the New York University School of Law has studied voter fraud and found that allegations are most often unfounded (https://www.brennancenter.org/publication/truth-about-voter-fraud). Trump also cited a Pew Center study that indicated that one in eight voter registrations might be inaccurate. But Pew says inaccurate registration may not be fraudulent ones. As an example, some people have not changed their addresses, and will do so before they attempt to vote again. These folks aren’t committing fraud, they’ve simply moved. The Pew Center says that our nation’s voter registration system needs an upgrade (online at: http://www.pewtrusts.org/~/media/legacy/uploadedfiles/pcs_assets/2012/pewupgradingvoterregistrationpdf.pdf).

They have not identified massive voter fraud as a problem. Donald Trump, though, is the master of manipulative repetition. Just like he hammered on “Little Marco”, “Low Energy Jeb” and “Crooked Hillary”, now he is hammering on voter fraud, whether it is accurate or not. At least one fact-checker has detailed how wrong Trump is (http://www.factcheck.org/2016/10/trumps-bogus-voter-fraud-claims/) and has described his claims as “bogus”.

Claims of voter fraud divert attention from a more significant issue, the voter suppression that may make it more difficult for many to vote. Too many states have instituted new voter ID laws, reduced the number of early voting days, consolidated precincts (forcing people to travel further to vote), and purged people from voting registration polls. Several organizations are providing backup for voters, including the website http://www.iwillvote.com that allows people to check their voter registration. But with registration deadlines closing in this handful of days bafore the election, it is likely that some people who want to vote will not have the opportunity.

This voter suppression has been deliberately, and it has had a partisan skewing. Why can a gun registration be used as appropriate voter identification, but not a student ID? Rule shifting has gained the attentions of conservative appeals courts. As an example, the Fifth Circuit Court of Appeals in Texas voided Texas Voter ID laws. Wisconsin’s voter restrictions were also disallowed. Most notably, a federal appeals court shot North Carolina down and, were uncharacteristically critical. The court wrote that, “Although the new provisions target African Americans with almost surgical precision, they constitute inapt remedies for the problems assertedly justifying them and, in fact, impose cures for problems that did not exist.”

Is there voter fraud? If only 31 cases, out of a billion votes, were found fraudulent, we can say that there is a bit of fraud, something that is less than a fraction of one percent. At the same time, voting restrictions imposed in 2014 and 2015 were set to block over 1.3 million voters in Ohio, Nor Carolina, Virginia, and Wisconsin, all swing states (see http://www.thedailybeast.com/articles/2016/07/29/courts-smash-voter-suppression-just-in-time-for-election-day.html). Should we be more concerned about voter fraud or voter suppression, about the 31 who may have been fraudulent, or the 1.3 million who have been deliberately and “surgically” excluded from the voting process.

African Americans know rigged elections. Our voices have too often been rigged out of the electoral process. Fannie Lou Hamer was beaten to within an inch of her life because she dared organize people to vote. Medgar Evers was killed because he dared organize Black folks to vote. Our people overcame grandfather clauses, voter tests, and all kinds of other nonsense in order to vote. We know rigged elections. We know voter suppression. When Donald Trump talks about elections being rigged, he exhibits, again, his historical ignorance. Every time Black folks were excluded from the voting process, we accepted the outcome. The democratic process.

Now Trump has millions of rabid followers who inhale his every word. His irresponsible allegations of rigged elections may well mobilize his base to reject the integrity of the electoral process. Some of us know all we need to know about rigged elections. We know voter suppression personally and immediately. And we know that Mr. Trump has disqualified himself for leadership by saying he cannot commit to an electoral outcome that does not favor him.
Julianne Malveaux is an author and economist. Her latest book “Are We Better Off? Race, Obama and Public Policy” is available via www.amazon.com

In One Week America Will Be Divided for Four Years