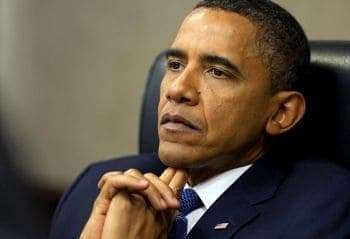 “That faith that I placed all those years ago, not far from here, in the power of ordinary Americans to bring about change, that faith has been rewarded in ways I could not have possibly imagined.” – President Barack Obama, Farewell Address, January 10, 2017

Throughout our history, the National Urban League has taken seriously our responsibility to hold the President of the United States accountable to the needs of urban America and communities of color. During the Great Depression, Executive Secretary Eugene Kinckle Jones served on President Franklin Delano Roosevelt’s “Black Cabinet.” Lester Granger, who headed the League during World War II, is among those credited with persuading President Harry Truman to desegregate the Armed Forces. Whitney M. Young advised presidents John F. Kennedy and Lyndon Johnson and was instrumental in the passage of the landmark Civil Rights Act. Urban League Presidents Vernon Jordan, John Jacob and Hugh Price continued our engagement with the Presidents with whom they served to further the work of civil rights and secure support for Urban League programs.

The first African American Presidency quite naturally has held special significance for the National Urban League. In recognition of Barack Obama’s unique place in American history, we set out to create a comprehensive analysis of his two terms, which we released earlier this week to great national interest.

Any evaluation of the Obama administration must first recognize that he inherited the worst economy since the Great Depression, and was faced with Congressional opposition unprecedented in its intensity and sinister nature. Both his accomplishments and his failures must be evaluated against those conditions.

President Obama is leaving office with an approval rating even higher than Reagan’s, exceeded only by Presidents Franklin D. Roosevelt, Dwight Eisenhower and Bill Clinton. During Obama’s presidency, the economy has added 15 million new jobs, and the jobless rate has dropped from 7.6% to 4.7% – and from 12.7% to 7.8% for African Americans. The high school graduation rate for African Americans has increased from 66.1% to 75%. There are 614,000 fewer long-term unemployed. Wages are up 3.4%. More than 16 million Americans who were uninsured now have health care coverage, with the uninsured rate for African Americans cut by more than half.

Barack Obama’s passion and steady hand made a huge difference in charting a progressive course and positively impacted the lives of ordinary Americans. Black Americans felt both the pride of his accomplishments and the pain when it was clear his opponents sought to diminish a great American. I am confident the long arc of history will judge him favorably.

While we scored many of the administration’s achievements with our highest rating, “Superior,” President Obama’s tenure as a whole had shortcomings due to some notable missed opportunities and outright failures, such as the economic development of urban centers, gun violence and the foreclosure rate and bank closure rate in communities of color and low-income neighborhoods. On these and other issues, we rated the Obama administration “Fair” or “Poor.” Our evaluation springs from a consideration of his accomplishments balanced against the conditions under which he served. The National Urban League has given the Obama Administration an overall rating of “Excellent,” our second-highest rating.