“Hello Chicago it’s good to be home – Tonight is Michelle and my turn to say thank you,” as President Obama starts his last speech as the President of the United States of America. It is very significant, because this is what the president means, when he says America is exceptional.

As the first African American president, no one expected a bi-racial man with a white mother and a Kenyan father would win the presidency in 2008. Only in the American Democracy experiment could a person with humble beginning rise to become the most powerful man in the world.

The president gave his historic victory speech at Grant Park in Chicago, and he gave his farewell speech also in Chicago at the McCormick Place Convention Center, one mile away. Only in America is it possible in the greatest country in the world to make a dream, a reality.

There were 18,000 people at the center and millions of Americans on every technical device as the president talked about his eight years of success and challenges. The Republicans can talk about how the last eight years were a failure, but tearing down something that is working is a defiant way to start a new administration.

“The work of a Democracy has always been hard. It has always been contentious and sometimes bloody. Two steps forward, and it feels like one step back. But the long sweep of America has been defined by forward motion,” as the president shares his soul.

This 50 minute speech was a look into the president’s heart, and a call to action in America. Everyone in the world and in America knows that the president is frustrated and upset that Trump won the election. Trump is a man whose values stand in stark contrast to what the president believes, but the people have spoken.

“Our bold experiment in self-government – that we all are created equal – that we the people through the instrument of Democracy can form a more perfect union. What a radical idea,” explains why the president gets up every day and keeps moving forward.

“Those brown children will represent a larger portion of our work force. We have shown that our economy has to be zero-sum game. Last year incomes increased for all races – all age groups and for all men and women,” another positive progress report from the president.

The president’s job approval rating is 55%, and Americans are satisfied with his eight years of leadership. Even though the Republicans are trying to act as if President Obama’s administration does not exist, his work will stand the test of time.

“We are all one” is the story that the president presented in his final farewell speech as Commander –in –Chief. There were warnings, there were success stories, and there were a set of instructions for future generations of leaders. But in the final analysis there was a great American, a Black man, who answered the call of his country.

Barack Hussein Obama will go done in history as one of the greatest president in America. Not because he was a great orator, or he saved the country from going bankrupted, but his eloquent accomplishments in every segment of American society will touch every fabric of American life.

“My fellow Americans, it has been the honor of my life to serve you. Yes we can. Yes we did. Yes we can and thank you.” 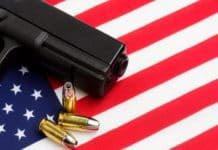 The Importance of Being Black and Voting in 2020

COMMENTARY: It Has Never Been Like This in America Before

When the Protesting Ends – Do You Just Go Home?

The World Stopped To Celebrate Her Majesty The Queen

Nancy Pelosi – The Politics of Impeachment