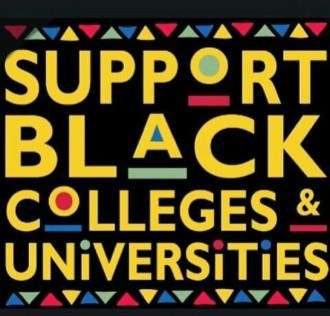 Lucius is a contributing columnist to NNPA newspapers around the nation, and the author of “Beast Too: Dead Man Writing,” available on Amazon.com and from bookstores everywhere.

There is nothing unusual about so-called Negro leaders being invited to state, federal and local government institutions to meet with newly elected politicians.

Democrats do it. Republicans do it. Liberals do it. Conservatives do it.

Politicians of all political persuasions and perspectives, at some time during the early stages of their terms in office, invite Negroes to visit them and sit around a table to enjoy a cup of coffee and smile for a traditional photograph!

When the Negro leaders leave the White House the state house, the City Hall or the County administrative offices they return to their states, counties, cities and homes with nothing but false promises, bad dreams and shattered hopes of better days to come!

Reportedly, John Wilson, President of Morehouse College in Atlanta, Georgia, accepted an invitation to meet with President Donald Trump. About 100 other Presidents of historically Black colleges and Universities (HBCUs) also met with President Trump and his White House Negroes.

The HBCU presidents, I’ve heard, were hoping to get financial and other aid from the federal government for their schools and their students but all they got was a Presidential Executive Order that moved the “HBCU Initiative” from the Department of Education to the Executive Office of the President.

Along with, a beverage and a smiley face photo that was posted on Facebook, Instagram and other social media outlets that was designed to show African American citizens that President Donald Trump is “all Right”!

Well, the Morehouse President has been quoted, after the meeting, as saying, “We got played!”

More than a few Black students across America were outraged about their college and university presidents being punked, misled, bamboozled and educationally jacked by the *United State’s Trickster in Chief!

Protesting students at many Black schools wonder how could their college and university’s highest administrators drop everything, change their schedules and rush to meet Donald Trump when they routinely refuse to meet with their own students and alumni, ignore requests to meet with Black business persons and wouldn’t even go to sleep and dream about meeting with Black media owners, Black radicals, Black militants and Black community activists.

No, they don’t want to sit down and talk with Black “troublemakers” but the National Guard, the Secret Service and Seal Team 6 couldn’t keep them  from meeting with Troublemaker Trump!

I love HBCUs as much as anyone else. Two of my children attended HBCUs to get their college education. I’ve contributed money to HBCUs. I’ve bought tickets to athletic events and other events at HBCUs. And, I think I could contribute financially, academically and in many other ways to HBCUs.

But, apparently, I don’t have the right ideology, theology, philosophy, spirituality or the political persuasion to be even considered for a meeting or a talk at any college, Black or white, that I know about.

When Black people help their own schools, colleges and universities others will help our educational institutions also.

I hope Black schools get the federal assistance they need and desire but it takes a village to raise a child and a school!

They need to welcome different ideas, different views, different speakers, different fundraisers, different political parties and persuasions and different students that attended and graduated from different schools to work alongside of their own faculty, staff, students and alumni to make HBCUs strong and help them survive.

Stop going to meetings at tables where Black people walk away unfed! Turn down the coffee and Instagram photos and turn up the Black unity, the Black Pride and the Black Progress!   (Buy Gantt’s latest book, “Beast Too: Dead Man Writing” onAmazon.com and from bookstores everywhere. Contact Lucius at www.allworldconsultants.net. And, if you want to,“Like” The Gantt Report page on Facebook.)