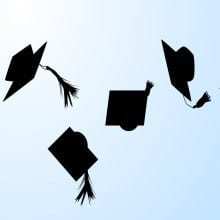 One of many features of high performing education systems is a qualifications system.  A qualifications system defines key gateways, the same for all students, as they progress from the first grade through the end of high school.  There are only a few such gateways, typically just two, one at the end of lower secondary school and another at the end of upper secondary school.  Sometimes there is another, at the end of what we call middle school.  At the end of each gateway, exams are given.  The exams are based on course syllabi, which are also constructed by the state.  The pathways available to the student in the next stage of that student’s education or entry into the workforce are determined by which exams the student takes and how well the student does on them.  These are, obviously, high-stakes exams, but the stakes are for the students, not their teachers.

Americans, generally, have a profound distaste for such systems.  We pride ourselves on giving “late bloomers” a “second chance” or a third chance or a fourth chance.  We see our approach as democratic and we see qualifications systems as inherently antidemocratic, an all-too-obvious way to sort students out by social class.  We see them as a legacy of the kind of aristocratic systems the United States was established to repudiate.

If all these things were actually true of qualifications systems, we would expect to see the countries that used such systems as providing much less social mobility through their education systems than we do here in the United States, but the opposite is true.  OECD data show that social class is a better predictor of educational achievement in the United States than in all but a handful of countries surveyed by the OECD.  If there is an aristocracy, it is here in the United States, where well-to-do, well-educated parents predict well-educated children far more accurately than in olde Europe or in Asia or Oceana.

How could that be?  How could a country that gives a student one chance after another to meet high standards do so much worse by its poor and minority students than countries that set up firm gateways that students have to get through to go on to the most rewarding pathways on the way to their first job?

The answers are not hard to come by.  In countries like ours that have no common curriculum, less is typically expected of poor and minority students than of wealthier, majority students.  A common curriculum produces common expectations.  Second, common exams set to a common curriculum reinforce those high expectations.  Third, countries that use such systems publish the questions on the exams as well as examples of the student responses that get good grades.  These examples of student work that meets the standards are especially helpful to low-income and minority students and their teachers who then know just what the students have to do to get good grades.  That is very different from knowing that you got a 67 on the test, which tells you exactly nothing about what you have to work on to get better grades the next time.

It is also true that, in the top-performing countries, it is less and less true that your grades at a particular gateway determine the course of the rest of your life.  Nowadays, people who failed to get a qualification early in life can get it later, often at any point through their whole adult life.  They can start out on one pathway and change course to another without having to start again.  Starting in the vocational pathway no longer consigns a student to second-class citizenship.  In the top-performing countries, it is possible to start out in the vocational program and go all the way to graduate work in a research university.  But, at every step of the way, one has to take the necessary courses and get the necessary grades.  That is the essence of a qualifications system.  The reason the top performers get higher average performance and better equity is that they have higher expectations for all their students and they do what is necessary to get their students to those standards.  In practice, our system of low expectations and second chances means setting lower expectations and tolerating lower performance.  It is little wonder that our performance is so far behind theirs.  But the U.S. could adapt the qualifications approach used successfully in top-performing systems and make it our own.

Let’s imagine how that might work.  The state would offer three diplomas, a regular diploma, a College-and-Work Ready Diploma and a Globally Ready Diploma.

The regular diploma would be offered to any student who had completed the required number of Carnegie units in the required subjects over the course of a regular four-year high school program.  As a practical matter, this is what is required to get a high school diploma in most states today.  Most students who get it have little more than an eighth grade level of literacy and are very poorly prepared for the kind of economy that is now shaping up.  It is little more than an attendance certificate.  I would abolish this kind of diploma as soon as 85 or 90 percent of the student body was routinely getting the College-and-Work Diploma.

The College-and-Work Ready diploma would be set not to a time-in-the-seat standard, like the regular diploma, but to a performance standard.  That standard would be set to the level of literacy needed to get good grades in that student’s first year of studies at a two-year community college or most state four-year colleges.  Since most vocational and technical education takes place in our nation’s community colleges, and those same colleges provide the first two years of a four year college program to a growing number of our students, this diploma would in fact certify that the student was ready for success in programs leading to college degrees and rewarding careers.  The exams would be set to a program of high school studies defined by syllabi set by the state.  The student could take the exams as early as the end of that student’s sophomore year in high school.  If the student succeeded on the exams, that student could choose to get the college-and-work ready diploma and go to the nearest community college or stay in high school.

If he or she stayed in high school, that student would be offered one or more programs leading to another diploma recognized all over the world as good preparation for a very demanding selective college (e.g., the College Board Advanced Placement Diploma, the International Baccalaureate Diploma, or the University of Cambridge “A Level” diploma) or a very high quality career and technical education program or career cluster program.  The state could require that, to be eligible for this diploma, the student would have to demonstrate that he or she possesses the kind of “soft” or “21st century” skills that employers are increasingly looking for and has the kind of awareness of and sensitivity to the values and cultures of people around the world that will be needed to be successful in an increasingly global economy.  Students getting this Globally-Ready Diploma will have demonstrated that they have academic knowledge on a par with students from the highest performing countries in the world, as well as the soft skills and awareness of the needs and outlook of people in other countries that are increasingly required in the global economy.

If I were designing a state accountability system, I would design it to track and reveal how successful schools were at getting all their students to the standard for the College-and-Work Ready Diploma first and the Globally Ready Diploma second.  And I would hold the state accountable for getting rid of the current time-in-the-seat diploma as quickly as possible.

Giving students a second, third and fourth chance has proven to be a formula for lowering expectations and standards all along the chain of responsibility.  It is time to hold both students and their teachers responsible for getting students to high performance standards as quickly as possible, with the greatest equity we can manage.  We know it works.  We know that because it is what the nations that have been surpassing us have been doing for years. 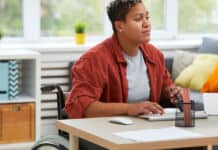 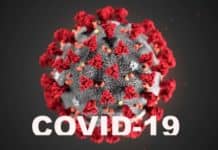 Young Adults Pessimistic About Direction of Nation, Energized About Politics

More than 150 Students Arrive at Clark Atlanta University, told ‘No...