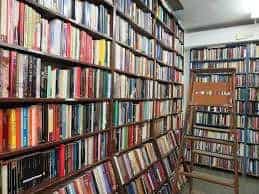 Independent Bookstore Day is a one-day national party that takes place at indie bookstores across the country on the last Saturday in April. Every store is unique and independent, and every party is different. But in addition to authors, live music, cupcakes, scavenger hunts, kids’ events, art tables, readings, barbecues, contests, and other fun stuff, there are exclusive books and literary items available only at Indie stores on that day. Not before. Not after. Not online. Bookstores participating in Independent Bookstore Day are more than just places that sell books – they provide rich cultural experiences for readers, support and nurture their local authors, and serve as gathering points, refuges, and social centers in their communities.

The 2017 IBD author ambassador Emma Straub says, “Independent bookstores are my first stops in any new city, a quick check of the pulse in any literary community. They are ports in the storm, passageways to magical lands, escape hatches out of bad moods. Even when I don’t think I need a book, because the stack beside my bed is teetering toward the ceiling, I always need a bookstore. And then I usually need a book, too.”

Emma Straub worked for several years at Brooklyn’s Book Court while writing her first novel. She has since gone on to become an international bestselling author of three novels, Modern Lovers, The Vacationers, Laura Lamont’s Life in Pictures, and the short story collection Other People We Married. When Book Court’s owners said they were retiring at the end of 2016, leaving Brooklyn’s Cobble Hill neighborhood without a bookstore, Straub immediately announced she would open one herself. She follows a long line of authors who become bookstore owners, including Ann Patchett (Parnassus Books in Nashville); Louise Erdrich (Birchbark Books in Minneapolis); Larry McMurtry (Booked Up in Texas); Jonathan Lethem (Red Gap Books in Maine); Jeff Kinney (An Unlikely Story in Plainville, MA); among many others. Emma Straub is available for interviews to discuss her new store and Independent Bookstore Day.

Independent Bookstore Day program director Samantha Schoech points to recent American Bookseller’s Association statistics that show more independent bookstores are opening nationwide than closing. Schoech says, “Indie bookstores have always been the beating hearts of their communities. And in today’s complicated world, indie bookstores offer much-needed welcoming spaces filled with a universe of ideas and stories. The fact that they are not only getting by but actually thriving in the face of online discounters and chain store competition just proves how valuable they are as local cultural anchors. We can’t wait to celebrate indie bookstores and the readers who love them on Saturday, April 29.”

Some of 2017’s 11 exclusive Bookstore Day books and items available only at participating IBD stores on Saturday, April 29th include:

To see all of the exclusive items created for IBD and for all current information, visit the IBD website.

Independent Bookstore Day began in California in 2014 and became a national event the next year. A host of publishers and authors such as Neil Gaiman, George Saunders, Roxane Gay, Lauren Groff, James Patterson, Stephen King and many others have donated work in support of the event. Independent Bookstore Day (IBD) is produced by writer and former bookseller Samantha Schoech in partnership with the Northern California Independent Booksellers Association. Its sponsors include Penguin Random House, Ingram, and the American Bookseller’s Association.

Find the closest Independent Bookstore participating in IBD near you here.