4 Critical Lessons That Every Aspiring Entrepreneur Needs To Learn 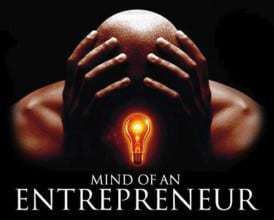 American culture loves to celebrate the entrepreneurial breed – those daring men and women willing to take calculated risks to create new enterprises that will grab the nation’s imagination along with its pocketbooks.

Those who reach the pinnacle of entrepreneurial excellence – such as Bill Gates or Jeff Bezos – are viewed with a mixture of awe and envy.

But what separates those who experience wild success from those left picking up the pieces of a failed enterprise?

Part of it comes down to good old work ethic, says Bill Green, founder and CEO of The Crestar Group of Companies and author of “ALL IN: 101 Real Life Business Lessons for Aspiring Entrepreneurs” (www.bgreenauthor.com).

“If you don’t want to work harder than everyone and you don’t have your passion, you shouldn’t be an entrepreneur,” Green says.

But that’s far from the whole story, says Green, whose own route to success began in a flea market. There are plenty of other lessons that budding entrepreneurs need to learn. Just a few include:

• Become a tactical and strategic CEO. Tactical leadership is doing things right. Strategic leadership is doing the right things. “You probably are doing a lot of things right tactically to get your startup off the ground,” Green says. “But now it’s time to think about your long-term strategy.” The greatest CEOs are visionaries, always plotting their company’s next big move, he says. “If you see a way to improve your business, you’d better have the vision and the guts to pull the trigger,” Green says, “even if the naysayers say it can’t be done.

• Let your employees complete you. “Most of us can’t do it all or know everything, so it’s important to hire a team that can compensate for your shortcomings,” Green says. The best way to do that, he says, is to think like an NBA owner who builds a championship team by drafting a well-balanced roster of players whose abilities complement each other.

• Good customers complain, bad customers go away. No one enjoys hearing complaints, but those angry customers should be viewed as a gift, Green says. They care about your product or service and they want you to fix whatever problem they’re experiencing so they can continue to have that product or service. Many unhappy customers just walk away never to return, so you don’t know why you lost their business.

• The best deals are the ones you don’t make. There are good business deals out there, but there are many more bad deals, Green says. It’s important that any deal you make is the right one for your company, and not something you do just because making a new acquisition or introducing a new product is exciting. People will always try to seduce you with the “next great deal,” but stay focused on what’s best for your business. “Don’t let anyone influence you into making a deal you don’t want to make,” he says.

Ultimately, though, entrepreneurial success comes down to your own passion and tenacity.
“It doesn’t cost anything not to believe in something,” Green says. “It costs everything to believe in an idea so much that you’re willing to spend your life doing it and doing it until it becomes a reality. That’s guts. That’s passion. That’s the resolve you need to succeed.”