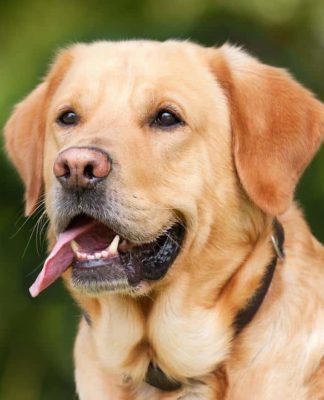 Currently, around 46.3 million U.S. households have a dog. And if a group of Orlando-based organizations has anything to say about it, a bunch of displaced pups will soon find their forever homes.

In shelters across Orange County, dogs are coming in with heartworm disease. Each year, an estimated 1 million dogs test positive for heartworm. While heartworm is 100% preventable in dogs and is treatable if caught early enough, the cost for treatment isn’t cheap. For some animals, a clean bill of health can be very pricey — and for most shelters, that’s outside the realm of possibility, especially if the dog hasn’t yet found a permanent home.

“It used to be that if you were walking through the kennel and heard that a dog had a $1,000 price tag on his head because he needs heartworm treatment, you would probably just move on and choose a different dog,” said Orange County Animal Services spokeswoman Alyssa Duross. “It was such a deterrent that those animals might never have been adopted. And we didn’t want a treatable condition to stand in the way of a dog getting a home.”

But now, a new program is making these treatments a reality for sick dogs. Launched late last year, the program pairs up local businesses, who agree to sponsor individual dogs for treatment, with the veterinary clinic at the Pet Alliance of Greater Orlando. If a family wants to adopt a certain dog and a business sponsor can be secured, the clinic provides a 90-day course of heartworm treatment at cost, which averages out at around $350. And if a family wants to adopt a heartworm-positive dog from the alliance’s own shelter, they’ll provide treatment free of charge.

The program also allows dogs to recover from their treatment in a new home, instead of in a stressful shelter situation. This is key for heartworm-positive dogs, who need to stay calm during treatment. If a dog undergoing treatment gets too much excitement or physical activity, it can actually be fatal.

Last year, the Orange County Animal Shelter brought in 680 heartworm-positive dogs, representing around 10% of all its animals. Since the program’s launch, a dozen businesses have agreed to sponsor about 40 dogs. Organizers are hoping that an upcoming publicity campaign will convince more businesses to participate.

“The program has really taken off. My [sponsored] dog actually got adopted last weekend, and I got to see it. I happened to be at the shelter, and there was a very nice couple that came in with their little girl, four years old. … I was able to say, ‘Well, there is a very sweet dog you might like…'”

Throughout the state, similar programs are attempting to address the high heartworm rates in strays. Marie Gravatt, and animal shelter vet in Lake County, says her clinic has started offering basic heartworm treatments for dogs in hopes that they’ll be adopted. But like many clinics, the high costs of treatment limit what they can offer.

“We have a program here where, if you come in and want to adopt a heartworm-positive dog, it’s a $100 donation for the very, very basic treatment,” she said. “It’s not the gold standard, but we really can’t do more with the funding we have.”

If a family can’t cover the $100 cost of treatment, a local rescue group will pay half, says Gravatt. Families can also supplement this treatment on their own or through their personal vet.

For the most part, unless shelters know the animal is going to be adopted, they can’t pay for the entire treatment. But with the ongoing success of programs like the one in Orange County, many more dogs can get the treatment they need — and find a paw-some home in the process.