ORLANDO, Fla. – The Orlando Solar Bears have announced that the team is approaching a sellout for tonight’s Fan Appreciation Night game on Friday, April 7, when the Solar Bears take on the Florida Everblades at 7 p.m. at the ARS.com Rink at Amway Center. A limited number of tickets are still available for Orlando’s final home game of the 2016-17 regular season – fans can CLICK HERE to purchase discounted tickets for the game.

Orlando has a chance to clinch a berth in the 2017 Kelly Cup Playoffs with a victory tonight in their Wawa Sunshine Cup Series battle against the Everblades. During the game Wawa will be on hand distributing high-dollar value coupons – 16 oz. hot drink, 12 oz. milkshake and a buy-one-get one club sandwich (nearly $10 value) – to the first 8,000 fans in attendance.

The first 3,000 fans in attendance will also receive a 2016-17 Orlando Solar Bears team picture sponsored by Coors Light. Following the conclusion of the game, the Solar Bears will also hold their Shirts Off the Players Backs Ceremony, with players presenting their jerseys to fans on the ice after the game.

For the second consecutive season, the Solar Bears will host the Spin-to-Win Shot $100,000 Grand Prize Shootout as part of the game’s intermission entertainment. Last season, Solar Bears Season Ticket Member Nick Giovanelli scored on a memorable 115-foot shot to win the $100,000 grand prize. Giovanelli’s shot was featured as the Top Play of the Night on ESPN’s SportsCenter and seen worldwide on television and countless times on social media.

The Solar Bears official mobile app, presented by BB&T, gives Solar Bears fans everything they need right in their pocket. The app is also home to the brand-new Loyalty & Rewards Program, which provides Solar Bears fans with opportunities to accumulate points and redeem them for exclusive prizes. The app is FREE and available for both iOS and Android devices.

The Orlando Solar Bears are the proud ECHL affiliate of the NHL’s Toronto Maple Leafs and AHL’s Toronto Marlies, and play all of their home games at the ARS.com Rink at Amway Center, the 2012 Street and Smith’s Sports Business Journal Sports Facility of the Year.

Season tickets, Corporate Flex vouchers, and Group tickets are a great way to entertain employees, co-workers, clients, friends and family. For more information on all of the Solar Bears ticket packages, call (407) 951-8200 or visit orlandosolarbearshockey.com/tickets. 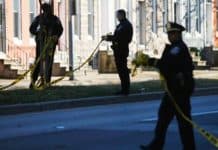 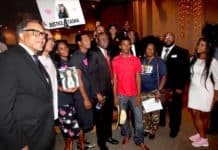 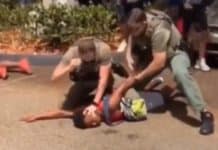 Draft tonight, eyes on the Bucs