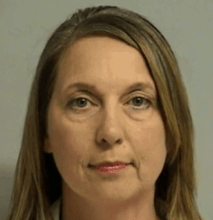 TULSA, Okla. (AP) — A jury HAS acquitted Betty Shelby, a white Oklahoma police officer, in the killing of unarmed Terence Crutcher last year.  Shelby said she fired out of fear when she killed Crutcher last September 16, who was seen on video with his hands held high above his head.

The Crutcher family was devastated when the verdict was read and more than 100 demonstrators gathered outside the courthouse to protest the verdict, chanting “No Justice, No Peace, No Racist Police.”

The jury was made up of eight women and four men.  Three of the jurors were black.   According to reports, at least four of the 12 jurors were crying as they left the courtroom.

Shelby said she feared Crutcher was under the influence of PCP, but the dashboard video showed that Crutcher was at no time combative, kept his hands in the air while he walked slowly to his car, and never made any fast or abupt movements.

Crutcher’s sister said she will not rest until the sheriff’s department is reformed.

Marq Lewis, organizer of the local civil rights group We The People Oklahoma asked:  “When is it going to stop — just officer-related shootings? When will the police change policy?” he asked.

Tulsa has a long history of troubled race relations dating back to a 1921 race riot that left about 300 black residents dead.