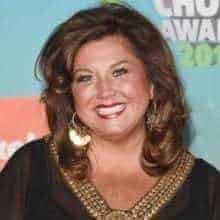 For about a year and a half the drama surrounding Dance Moms’ Abby Lee Miller and her bankruptcy fraud case has played out on the television program.  The case and the lingering questions about her fate have finally come to an end.

In October 2015, Miller was charged with attempting to hide $775,000 from the bankruptcy court during her Chapter 11 bankruptcy proceedings.  The trustee charged that she’d hidden the money in  secret bank accounts from 2012-13.

She was also charged with dividing up $120,000 into separate plastic bags and having friends carry them into the U.S. from Australia in August 2014. This was a violation of U.S. law that requires more than $10,000 in foreign currency be reported when going through customs.  One of those friends is believed to have been one of the Dance Moms who referred on air to having secret information about Miller’s woes.

She told PEOPLE back in April of this year that the thought of going to prison frightened her.

“I’m afraid of being physically abused or raped. I have to stay busy. If I thought about it every day, I’d just sit around and cry.”

Miller apparently did think about it almost every day, since she cried often during the shooting of Dance Moms episodes.

No word yet on the fate of the popular reality television series.